A Year On from First Beard…

Reading through some old Blog posts I noticed that it is just over a year ago that I grew my first beard (and moustache). You can read those posts here: Beards Part 1 and Beards Part 2…

It was not the last time I grew one. I did it again in the lead-up to last Christmas. A second full set of face fur and even modified it in stages to:
The Lemmy look – although not quite as rough around the edges I hope.
The Wolverine look – with lamb chop sideburns (but minus the claws and muscles).
Then someone said that the lamb chops reminded them more of Amos Brierley from Emmerdale Farm (as was – don’t worry, Google it if you need to). That was the final straw. Regular shaves from now on… Probably. Well, maybe. As the saying goes: Never Say Never. 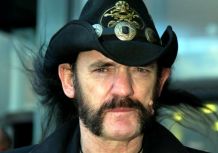 The late, great Lemmy, plus the lamb (mutton) chops of Wolverine and Amos Brierley.

Hairy history…
For men at least, hairstyles are no longer governed by any fashion rules. It seems any style is now acceptable from fully bald to long hair. This was not always the way of course and certainly not for facial hair. Over the years various trends in facial fur had passed me by. When I was (much) younger moustaches were, believe it or not, very fashionable. Seriously. If you don’t believe me just ask anyone in your family old enough and they will probably be able to show you old photos of family members sporting a dodgy looking hairy upper lip. Incredibly, that Movember look that we all mock really was all the rage.

Then after a period of clean shaven calm came the stubble look. Possibly made fashionable by the late George Michael, I really can’t remember. That in turn was followed by the goatee which has managed to more or less survive in varying guises. And now here we are with the full beard and moustache look in full swing again. Looking around today it is easy to form an opinion that a clean shaven man is now in the follicular minority.

I thought the fad would pass more quickly than it has but if anything it seems to be more prevalent. You can clearly see that some people have no intention of shaving or even trimming their beards. The wizard look seems to be in for some of those who have been growing their chin hair. Yes; even floating beards are now acceptable.

For those of you with facial hair I have this advice, courtesy of a great quote from my favourite Michael Caine movie: “Listen carefully you hairy-faced git”. Shave it off! It’s not big and it’s not clever. And it most certainly does not compensate for the lack of hair on top.

It’s time to lose the facial fur fellas. In any case like all fashions it will pass. Eventually. Believe me!

Incidentally, that Michael Caine quote is from Get Carter. A film also famous for featuring ex-Coronation street character Alf Roberts being thrown off a multi-story car park. Not that I watch Coronation street you understand; but clearly I used to. If you haven’t seen it then I suggest you do so when you get the chance. Get Carter that is, not Coronation Street. Definitely in my top 3 British gangster movie list.

The film was made in 1971 and while clearly dated it is still a great movie and one I will advise Dani to watch when he is old enough to appreciate it.

Please do not get this mixed up with the 2000 Sylvester Stallone remake of the same name which is a dreadful USA take on a great British oldie. That film is definitely one to be avoided…. There was also a curious remake called ‘The Hit Man’ – a so called Blaxploitation movie made only a year later in 1972. That one is at least worth a quick look.