I saw something a few weeks ago that immediately put a smile on my face. Something I hadn’t seen or thought about for over 10 years.

Ladies and Gentlemen let me introduce you to El Cobrador del Frac. Basically translating to the frock-coated (or tail coated)  debt collector. This is one of those crazily different and peculiarly Spanish institutions. Like many other forms of debt collection it is a booming business in a time when thousands of businesses are going to the wall.

Since the early 2000s business has been booming. It was back in 2003 that I first heard about this odd operation. I had almost forgotten about them until a few weeks ago while out doing some Christmas shopping. I passed near one of their offices in Madrid and noticed the signs. How could I not break into a broad smile?

It is so simple and demonstrably effective. You may see a man dressed in top hat and tails, carrying a black brief case with “Debt Collector” written on it in large letters. If he is standing outside an office, a house or next to someone’s table in a restaurant, you know that person has not paid their debts. In effect, they are being named and shamed.

These characters are so well known in Spain that they do not have to say anything to succeed at their job. If a creditor owes money they just follow them around. It’s great. 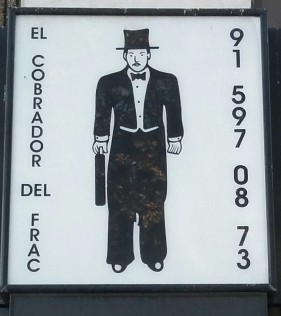 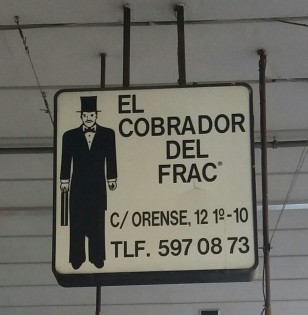 They made me smile when I first found out about them and they still do.

What are the rules?

He is not meant to be intimidating but he is meant to stand out and be noticed. That, after all, is the name of the game.

The industry seems barely regulated so I wonder how do they stand legally? What I would like to know is what are the boundaries? Where does following a creditor around become stalking (something which is defined as a crime in most countries). Where can El Cobrador go and where can he not go? Surely the creditor’s workplace will be, in many cases, private property?

It does not seem to matter much in any case as this business is thriving. In fact, its success can be seen to mirror the rise in corruption in the Spanish political and business sectors. And trust me: Corruption in Spain is at an incredibly high level.

Some say that the idea first came from Ecuador where a group of business people tried to shame their creditors into paying by having them followed by a man dressed as a chicken. Now this successful form of debt collection has spawned many imitators who dress in a variety of odd costumes. There is even a story of one similar debt collector playing his bagpipes until the debt is paid. Surely enough to make most people cough up? 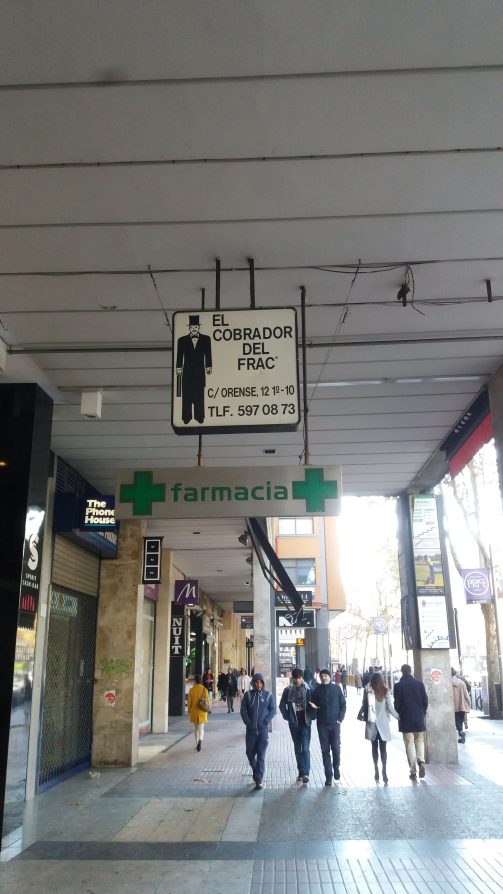 “It Couldn’t Happen here” I hear everyone in the UK saying. They would be right. Such a level of borderline harassment would certainly lead to a rise in assaults and even some savage beatings.

In complete contrast, debt collection in the UK is basically seen as full on intimidation. Not nearly as subtle as these well-dressed actors. What a much better and peaceful way of settling one’s debts. Something many other countries can surely learn from Spain.

Hmm… I have just had an idea…