Dani wanted to have a game of draughts with me yesterday. This was the first time I had played the game in years and the first time ever against Dani. Amazingly Dani did not know how to play properly. I thought he had played in school. I knew he was interested in chess. I knew that he knows how to play that more advanced game as I had helped him.

For some reason, and totally under my radar, he has skipped the draughts phase. Jumping straight up to the trickier, real game of kings. It was quite odd trying to play draughts while also teaching him. Knowing all the time he was just waiting to beat his mum at chess. Smart-arse kid….

Not only is he playing chess: Apparently he is the best in his class now. That honour used to belong to his best friend Jaime who goes to after-school chess classes. Now Dani has been told that he is the best chess player in the class. Or so he tells us…

When Jaime goes to chess classes Dani goes to Judo – after school, on Tuesdays and Thursdays. He had been moaning a little in recent weeks about not progressing. Meaning he knows that he still has the beginner’s white belt. Then out of the blue – for me at least – he announced that they had done their first grading. From white to a yellow and white (striped) belt. Next step (full) yellow belt. Then yellow and orange. Then… Well let’s see how it goes for the rest of this school year.

Either it crept up on him too or he kept it quiet. He has been doing it now for over 6 months; so that is slow but steady progress. I think it gives them the time to really learn the techniques to the point where they become second nature. I also think this half belt grading step is a better way for the young kids. Going for a full yellow belt would take too long and they might lose interest. It’s a great way of doing it.

When did they bring that in? Does anyone know? 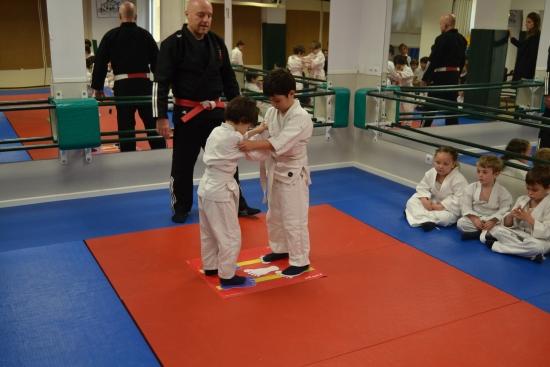 Dani doing his belt grading. About to throw his much bigger classmate Jacobo.

From what little Dani tells me about his judo classes I get the impression that he does listen carefully to his ‘sensei’, who just happens to be a 7th Dan. That’s a lot of Dans! I think if he told me to do something, I might just do it.

Down Under a Step Closer?

Meanwhile… Dani’s mum returned from another trip to Australia and he was a very excited little boy.

This next week could determine whether or not the Australian adventure becomes reality. I get the impression that Dani wants to go. It certainly seems that he is not against the idea. The thing is, what of his parents? Will the deal be right? Does it even need to be? When will it begin? So many questions still to answer…

I have written about these little parrot like birds some time ago (see here). But this weekend I got closer than ever to them. The monk parrakeets were too busy to bother about me although they are usually quite shy. 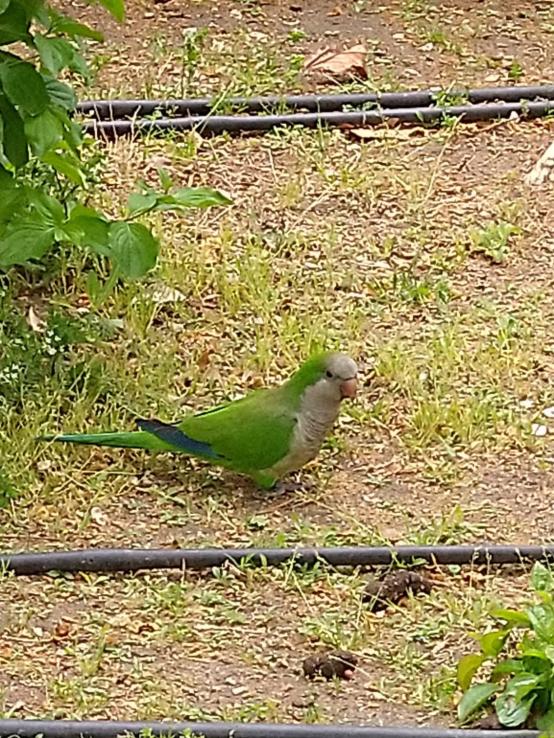