Paddington  is a smart and fashionable area within walking distance of the centre of Sydney. The area was a slum around 1900 but then became popular with hipsters and the like during the 1960s and 1970s. Then it was the yuppies turn in the 1980s. The result is quite impressive. Between them they have turned the area into a trendy suburb with plenty of fashion shops, cafés and some great little restaurants.

Note: I would have described the area as ‘eclectic’ but that word just annoys me as much as ‘iconic’.

The hipsters and yuppies transformed the area by beautifully restoring the old Victorian-era terraced houses. The majority of houses in the area are the iron-lace veranda type. It is similar to French-colonial architecture and seems a lot like New Orleans.  Fortunately though for the Australians the British were here first. Phew! Lucky for all Aussies eh? 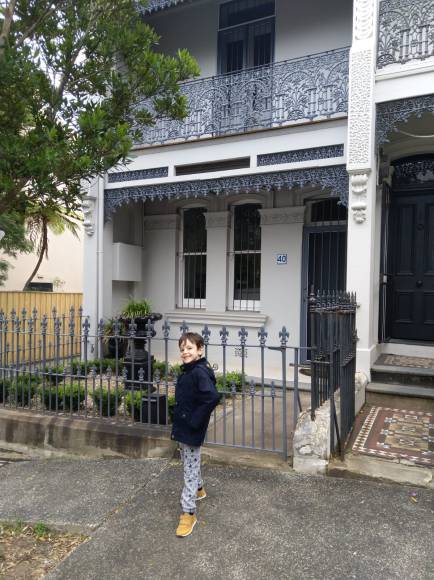 Pretty much the whole area is like this. It does have a kind of quaint feel to it. There is certainly still big money to be made in renovating these houses. They sell for millions and quickly.

When these houses were first built those living in them would not have had cars. Sadly, as is the case everywhere these days, it is now hard to get the best shots of these lovely terraces without all the parked cars. 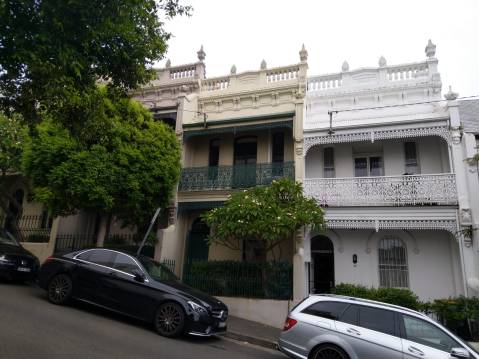 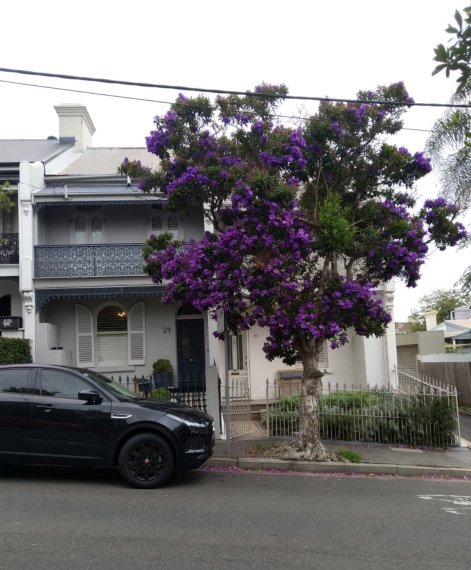 No cat on any hot tin roof. Not today. It was cloudy, cool and by the time we left it rained. But many houses still feature that favoured form of roofing from back at the turn of the 20th century. Even the most recent restorations still use this form of roofing. Probably it’s part of the planning/building regulations for these properties. A roof like that must get bloody hot in the summer though, surely?

In some streets many of the terraced houses are now either specialist shops, cafés or bars. There is also the popular Paddington Market held (almost) every Saturday. But not this one. Too windy! Bloody typical.

The whole area has a trendy yet relaxed feel to it. Somewhere you can relax in the restaurants, and other foodie places. Some of the restaurants are almost hidden. If you don’t know where to look you would miss them. We will definitely be back to try some of them. Despite its close proximity to the city centre it is quiet and calming. I quite like it.

Even this narrow plant shrouded street had a great café/restaurant at the end of it. 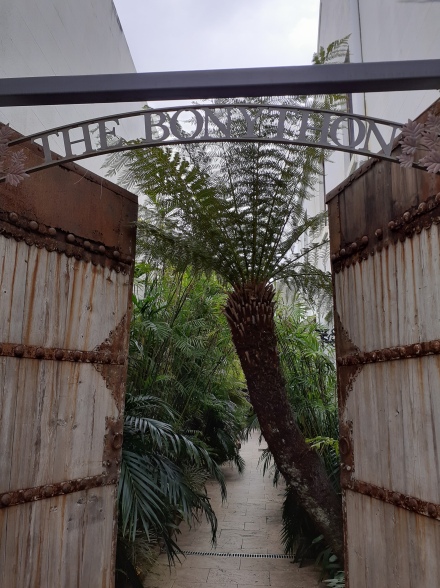 One for the kids…

There is even a dedicated post box for letters to Santa Claus. In operation 365 days per year (so they say).