Well the plan went according to plan. We visited the Red Hands Cave and stopped at both Blackheath and Mount Victoria.

Technically not a cave – as Dani was quick to point out. More like an overhanging rock shelter type thing… Hard to explain, but maybe it was a cave once. There is a metal cage protecting it from human contact for obvious reasons. This thing would not last one tourist season if everyone placed their own hands over the painted hands. Which of course they would. Even if you paid them not to, the internet would soon be full of photos of people doing it.

Probably the reason it is still intact at all is because it is fairly well hidden. It takes about an hour to walk there (so a two hour round trip) from the park entrance. There is a dirt track road which takes you to within a ten minute walk and that’s the route we took. There is no way Dani was walking for two hours. Despite this being a busy weekend we were the only ones there when we arrived.

Like all such things they don’t know exactly how old these hand paintings are. Or what they mean. Just that they are probably very old and were the work of the original dwellers of this land.

Further into the Blue Mountains

From then on we hit the traffic. Typical national holiday traffic – probably in any country. We crawled past several small towns until the traffic thinned out. We arrived at Blackheath about lunchtime. Amazingly there were not too many places open. While the government is telling people to support rural businesses – which they have done since the bush fires – many are choosing to remain closed.  (Those bush fires seem a lifetime ago now eh?).

We managed to eat in a cafe in part of an old converted theatre. Much of the inside is now taken up by antique stalls and the like. An interesting place in the middle of the mountains.

Mount Victoria is a very small village but also has some great little old fashioned places. We had a quick look around and bought a drink from a small café. Opposite the café is the relatively large Victoria and Albert Hotel (plus bar/restaurant). It was closed. When I asked the lady in the café why it was not open on this busy long weekend – I would certainly have had a beer on the terrace – she told me the owner was having trouble hiring staff. Surprised, I quizzed her about this. Aren’t there supposed to be loads more unemployed now after this virus rubbish? I asked. It turns out (according to this lay) that those recently made unemployed are getting more money off the government – to do nothing by the way – than they would working in this rural economy. That money won’t last of course but as part of the government’s plan to “combat” the coronavirus bullshit they are killing any chance some of these places have to get up and running again in the short term. Typical!

Aside from that little surprise the area was great. An old fashioned – vintage even – cinema that they even called the “Flicks” that still operates. Well, when there is no ‘plandemic’ nonsense going on…

Some 7km out of the village is the Victoria Falls. Nothing as grand as those cascades on the Zambia-Zimbabwe border of course. In fact we ever saw the although we could hear the water. The view point overlooking the falls (hidden in the trees below) is perfect however… 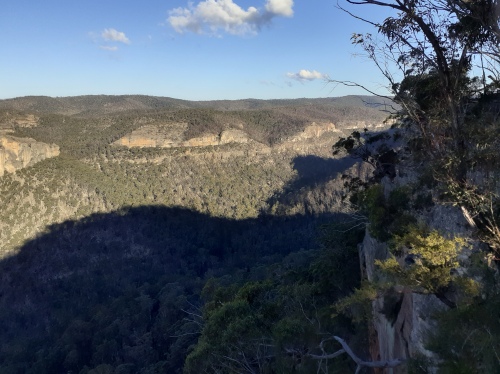 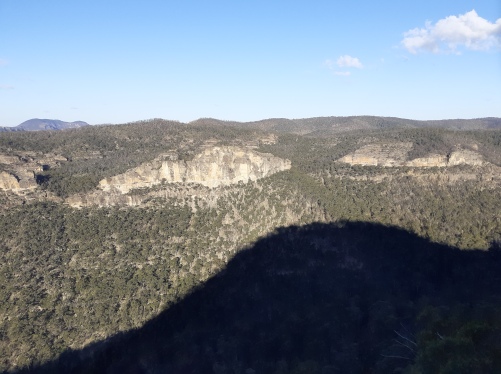 And further out West…

By now it was getting late. For the time of year that is. Only an hour or two more of sunlight. So we jumped back in the car and made out way just outside of the Blue Mountains to the motel at Lithgow. A town of around 13,000 inhabitants, it was a sort of staging post and still a rail junction that links the Blue Mountains (and Sydney) with the central/inner west. More on this later…