Back to the holidays a month ago…
While we were in Byron Bay we paid a visit inland to the small town of Nimbin.  Nimbin was the real site of the birth of the hippy culture in Australia – not Byron Bay on the coast.

Nimbin was the site of the Aquarius music festival in 1973.Situated about 50km inland from Byron Bay it takes an hour to drive there through the often winding roads. There are obvious similarities to Woodstock – the 1969 music festival – that put the small town of Woodstock, in upstate New York, on the map.
I have been to Woodstock in America and there other definite similarities. Most notably that both places are still inhabited by ageing hippies who seem to think the concert is still going. But I am sure they are happy enough. 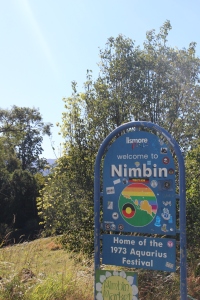 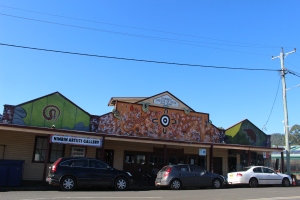 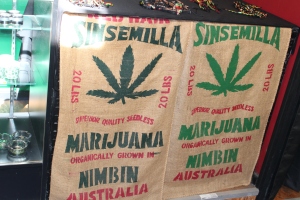 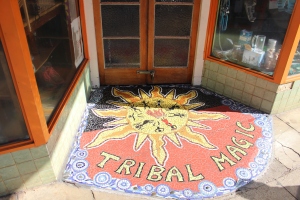 Nimbin Main Street
The main street through Nimbin is called Cullen Street and contains many multi-coloured shop fronts and buildings. The most famous of which is the HEMP Embassy. In this case “HEMP” is used not only to reference the plant and seed but also as an acronym: H.E.M.P. = Help End Marijuana Prohibition.

Inside the Hemp Embassy there are plenty of hemp seed related products on sale. Including a bar area where you can order hemp seed products and other stuff. As well as a simple coffee or eggs breakfast. 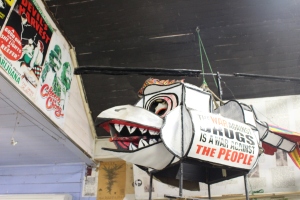 Inside the HEMP Embassy Bar 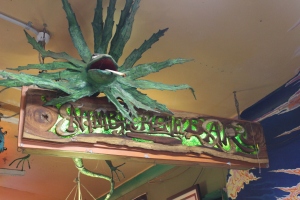 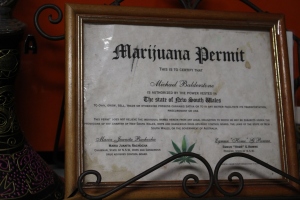 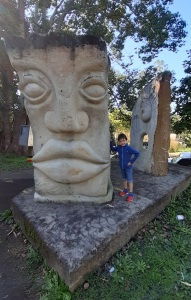 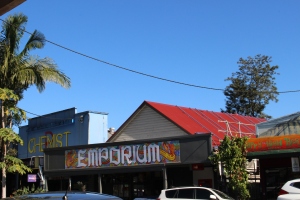 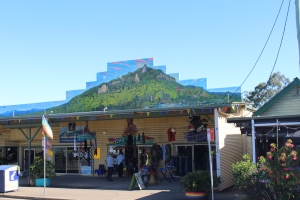 ‘Mardi Grass’ in Nimbin
Every May in Nimbin they hold something called Mardi Grass and Cannabis Reform Rally. (Nice play on the French word ‘Gras’ there eh?) This year’s event was cancelled due to the coronavirus thing (as if you needed to be told) but there were still plenty of colourful posters available advertising the event.

Overall Nimbin is an interesting place to visit whether you support the drug reforms the locals seek or not. Plenty of interesting shops and cafes for anyone to spend a day out there. And if you are interested and have time there are several communes that sprouted up around Nimbin.