From the Broken Hill area we headed directly south on the B79 road – also known as the Silver City Highway. After a few hours of driving we arrived at Wentworth. 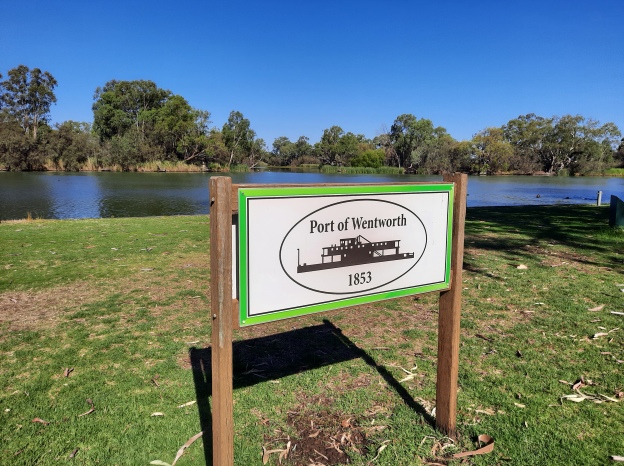 In 1830, while navigating the Murray, explorer Charles Sturt came across a river junction which he was convinced was the Darling. In the mid 1840’s it was a settlement known as McLeod’s Crossing”, named after the first white residents of the settlement. The arrival of the river steamers in 1853, saw the place grow with boats able to deal with the commercial aspirations of the outback areas.

For years Sydney was the only port in New South Wales to handle more cargo than Wentworth. The wealth that the steamers brought changed the face of the area and in 1857 the authorities began to establish a proper township. The town site was approved in 1859 and was named after the New South Wales explorer and politician William Charles Wentworth, on June 21, 1859. 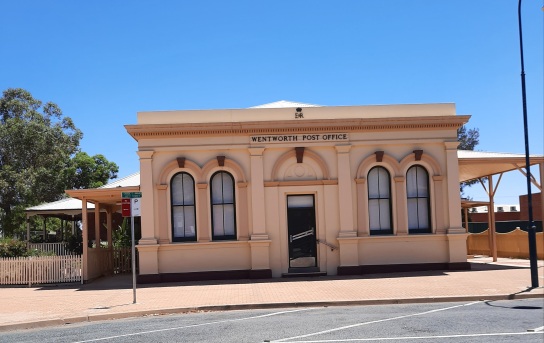 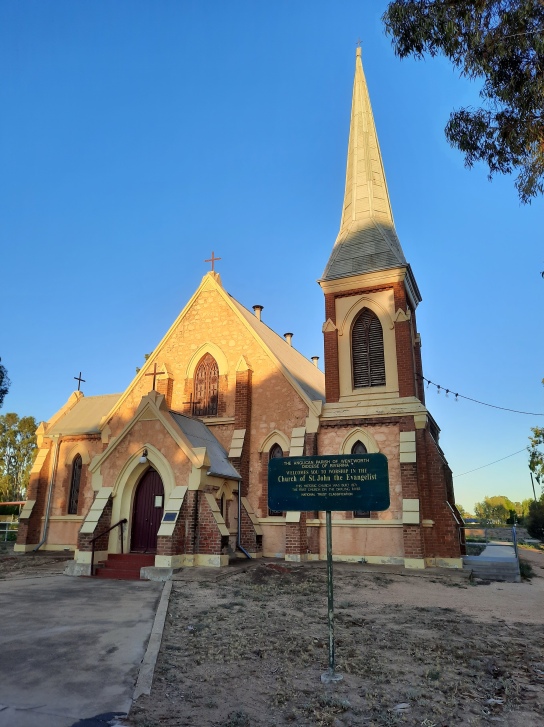 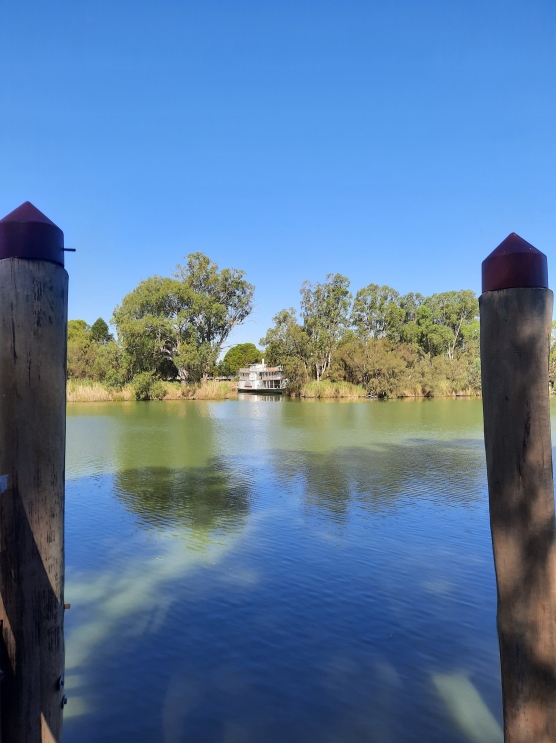 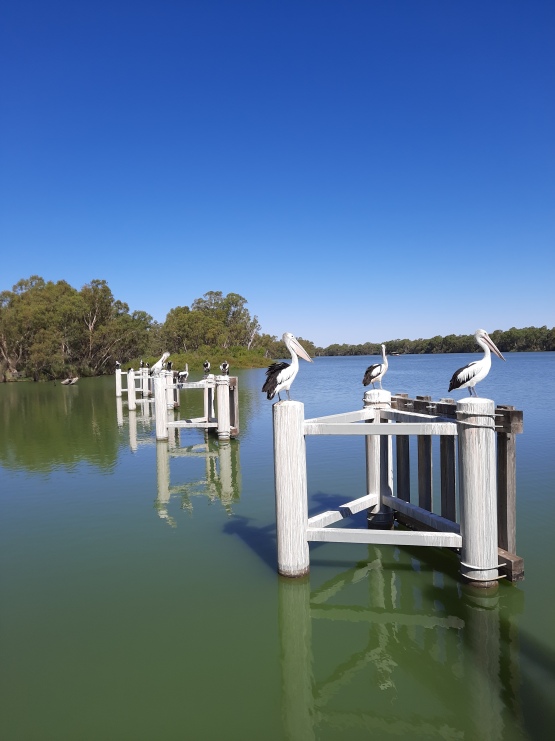 Considering where it sits at the confluence of two important rivers you might expect that Wentworth would have grown to be a much larger town. In a way it is good that that never happened. My first impression was that it is a nice little town. Several pubs and places to eat. Art gallery and a friendly information office. The whole place had a genuinely friendly feel to it.

His name may not suggest it but Captain John Egge was Chinese. Born in Shanghai in 1830 he lived in Wentworth form 1859 till his death in 1901. Egge was a pioneer paddle steamer captain and businessman. Exactly the type of man that put Wentworth on the map.

After seeing the Darling river in so many little outback towns and parklands we finally got to see where it finishes. By pouring into the mighty Murray River right here at Wentworth.

The Murray forms the border between NSW and Victoria for much of its trajectory. In fact they say that the river belongs to NSW and you do not enter Victoria until you land on the southern river bank. The problem with that is that most river craft hire is located on the south bank – in Victoria! More on that one to come in a later post…

The Murray is Australia’s longest river – 2,508 km (1,558 miles). Its tributaries include five of the next six longest rivers in Australia (the Darling being one of them). The catchments of these rivers form the Murray-Darling basin, which covers about one-seventh the area of Australia and is the country’s most important irrigated region. The Murray starts off on the Australian Alps, then meanders northwest forming the border between the states of New South Wales and Victoria and flows into South Australia.

The Ferguson TE20 is an agricultural tractor designed by Harry Ferguson. By far his most successful design, It was manufactured from 1946 until 1956, and was commonly known as the Little Grey Fergie. Its strength and popularity lay in its small and versatile design. It was  lightweight, had great manoeuvrability and came with a series of easily fitted attachments.

Why am I telling you this? Well the town of Wentworth has a kind of love affair with this little tractor and this is why…

In 1956 the town of was in severe danger of extreme flooding. Higher than normal rainfall in the Darling-Murray basin combined with extreme rainfall in western Queensland led to floods moving down the Darling river and across the Murray. Areas were flooded that were located up to 100 kilometres (62 miles) from the normal path of the river were flooded.

The thing that prevented the town of Wentworth from being washed away in the floods was the work undertaken by a small fleet of the little grey Fergie tractors. Due to their manoeuvrability these little work-horses were able to get in and out of spaces where bigger tractors could not. The Fergies were used to build levee banks that ultimately saved the town.

The town of Wentworth, erected a statue (monument) in 1959 in honour of the Fergie TE20 tractor. It has to be said they could have made a better job of it…

In 1959 the Managing Director of Massey-Ferguson Australia unveiled a statue to commemorate the part that the Ferguson tractor played in saving the town form almost certain inundation in 1956.

The statue of the Fergie tractor that sits in Adelaide street near the town centre is actually quite funny. I was expecting a life sized statue but we got this….

It is no bigger than some toys. I actually thought they could have done better. And they did. In 1917 they erected another monument just outside town over the Darling river bridge in Fotherby Park. There they installed a real Fergie tractor stuck up on a pole for all to see. Now that’s more like it.

The town also holds a tractor rally every five years to celebrate the little Fergie.