We have had a lot more rain. Days of it. Yet we decided to return to the Blue Mountains. But not for any hiking, or indeed anything outdoorsy. This weekend we paid a visit to what is perhaps the most famous man-made landmark in the mountains. The Hydro Majestic Hotel.

The place was built in 1903  – initially as a health spa – by Mark Foy who made his money in retail. The construction included a steam-driven generator was imported from Germany to produce electricity for the resort and the neighbouring township of Medlow Bath. They say that the Hydro Majestic had working electricity four days before the city of Sydney. The resort also had its own water supply, steam laundry, freezing works, sewerage treatment works and telephone system.

Soon famous people from all over the world were staying at the hotel. In 1920 Australia’s first Prime Minister Sir Edmund Barton actually died in the hotel. The founder, Mark Foy died in 1950 aged 85.

The hotel is a series of buildings and additional wings (added over time) stretching 1.1km along the escarpment edge overlooking the picturesque Megalong Valley.

Located in the village of Medlow Bath (which has its own railway station), The Hydro Majestic features plenty of art deco inspired decoration and themed rooms. It is like a trip back in time. 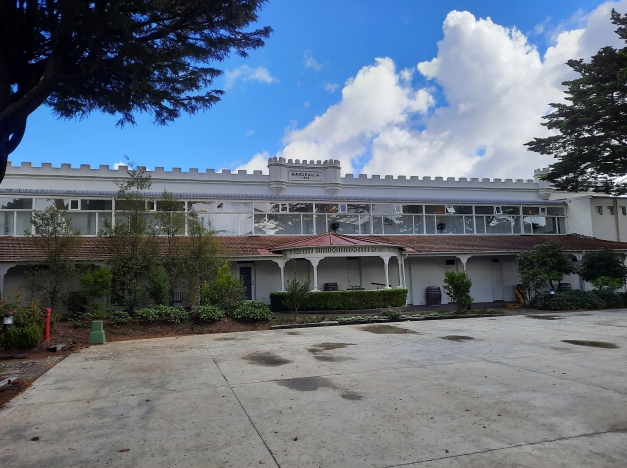 The hotel reception area has been lovingly restored. There is plenty of seating with views across the valley or at the fireplace while enjoying a drink from the bar. Some of the detail is impressive.

Some of the separate wings of the hotel are linked by well decorated corridors that offer plenty of luxurious space and comfort to relax. These corridors are works of art in themselves. 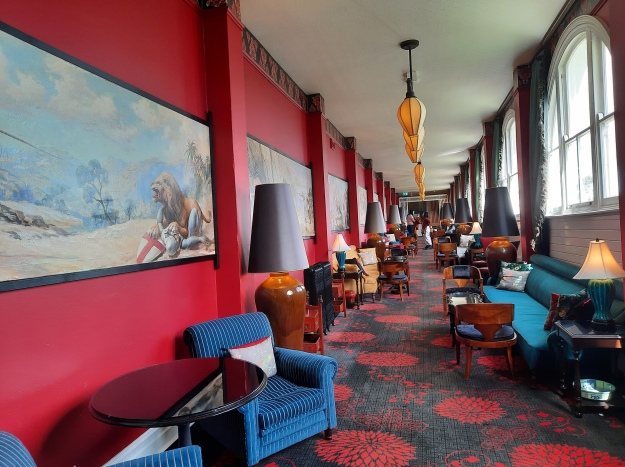 Here are some views of the inside of the Salon du Thé. Opulent and well restored/maintained. 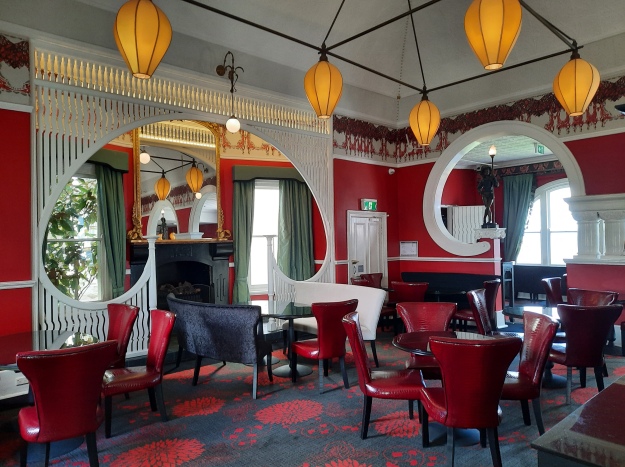 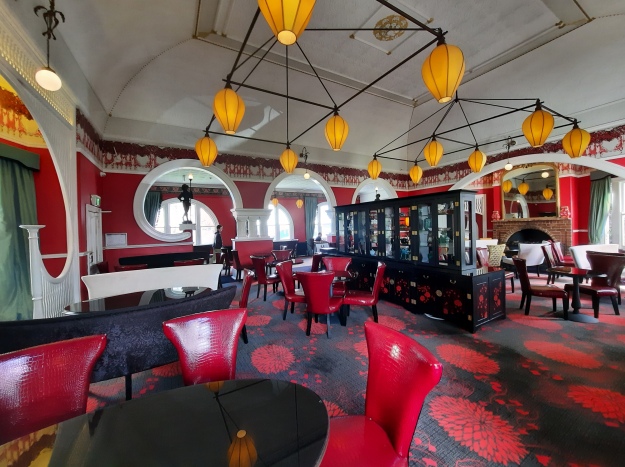 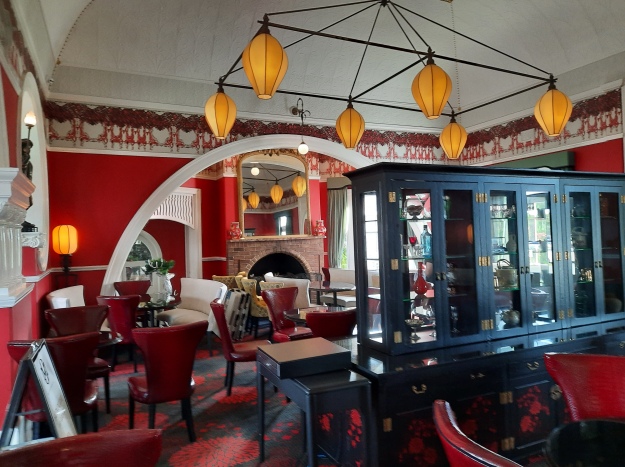 We booked for Afternoon High Tea. A very British tradition. But in a place like this it is always very popular. The Salon du Thé is not used for the afternoon high tea. Instead the hotel offers the plush surroundings of the Wintergarden which has panoramic views across the length of the room.

To get to the Wintergarden you enter via the Casino Lobby which is like one large work of art with its domed roof and grand chandelier. The lobby then opens out into the majestic Wintergarden Restaurant.

The Casino Ballroom was apparently never used for gambling. The magnificent dome was pre-fabricated in Chicago and shipped to Australia. 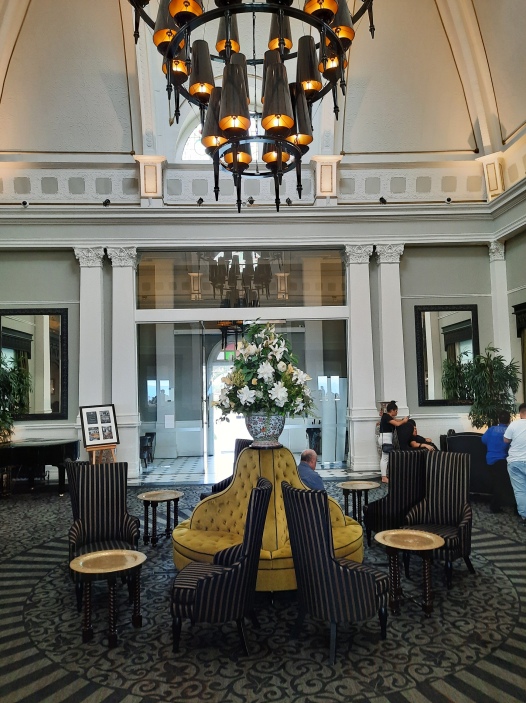 Part tourist/souvenir shop, part Harrods Food Hall, part museum, part café. The Hydro Majestic pavilion is probably the first and last part of the hotel complex people see. It sits at the far east side of the complex near the largest car park. It is worth a visit even if you only have time for a quick coffee break on your journey. 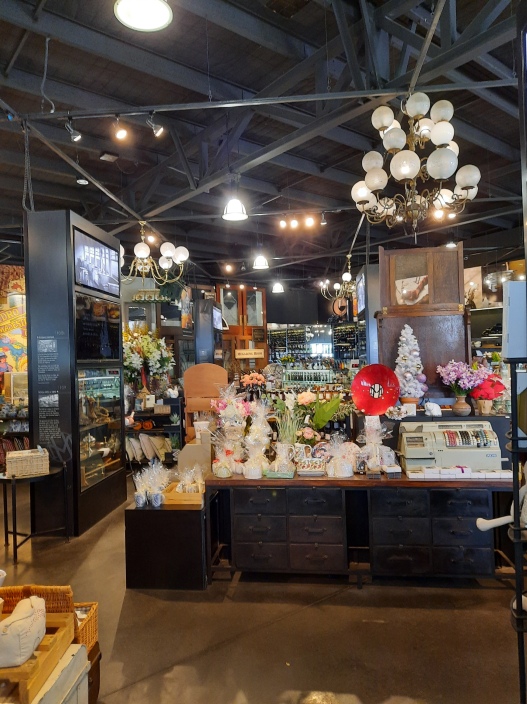 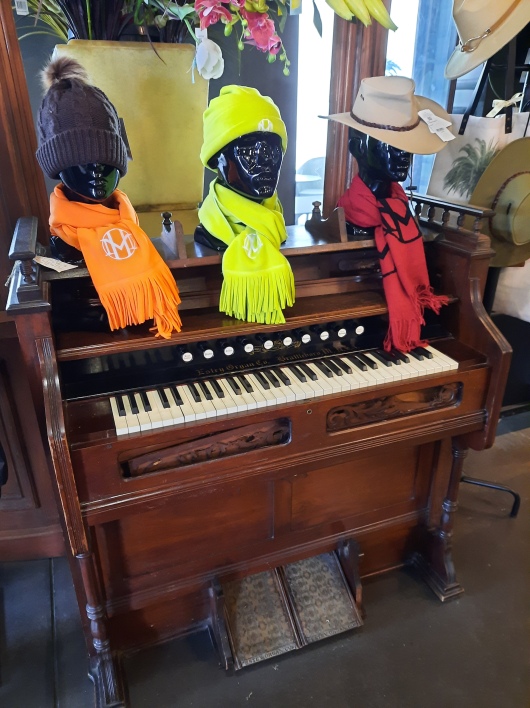 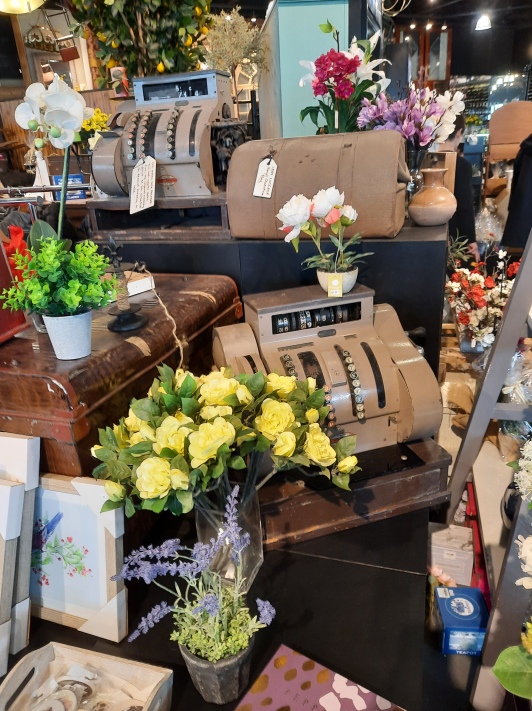 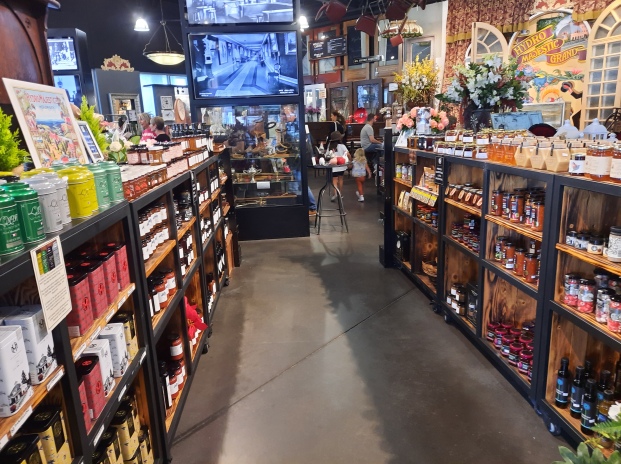 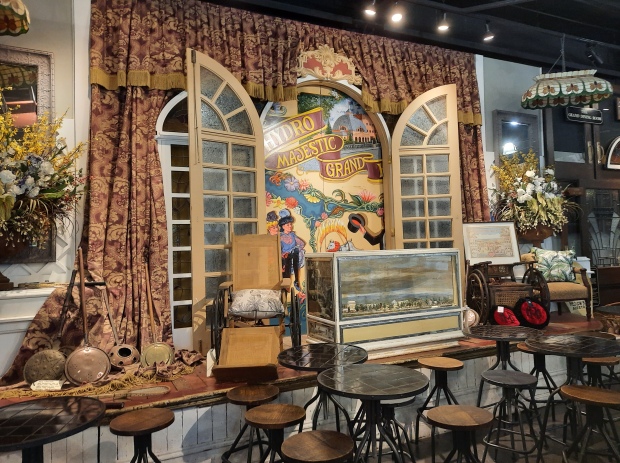 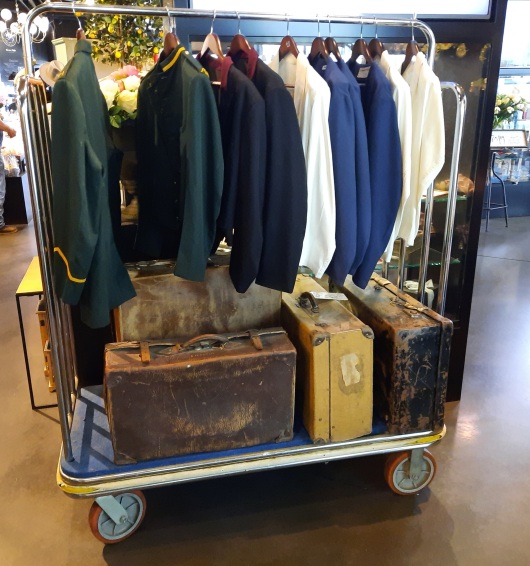 The High Tea was fairly good value I thought. It cost $65 per adult and the kids version was $35 which included a hot chocolate as opposed to a pot of tea. Definitely very filling.

Would I go again? Yes, of course….