First visit of the day was to the Royal Australian Mint. Interesting for a number of reasons and very popular. The free entry probably helped. Being the Easter holidays the actual factory was closed but you could see where all the manufacturing – minting – takes place. And it was all very well explained by our guide (optional but has to be pre-booked). Also we were not allowed to photograph the factory floor. 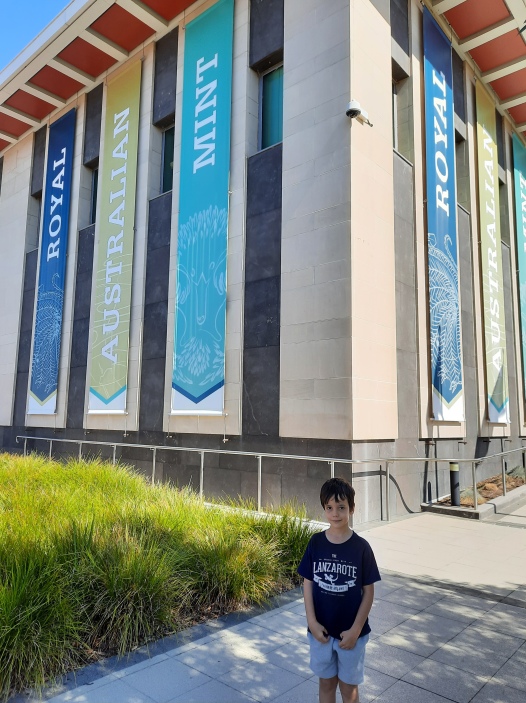 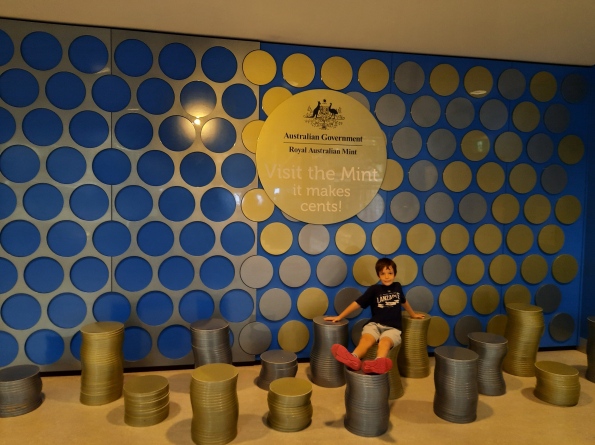 The guide explained the history of coins in Australia. When coins were in short supply in 1813, the British government sent 40,000 (so called) ‘Spanish dollar’ coins to the colony. The then Governor (Macquarie) had two coins made from each one. An ingenious idea carried out by one of the convicts – William Hershell – who “minted” the two new coins. 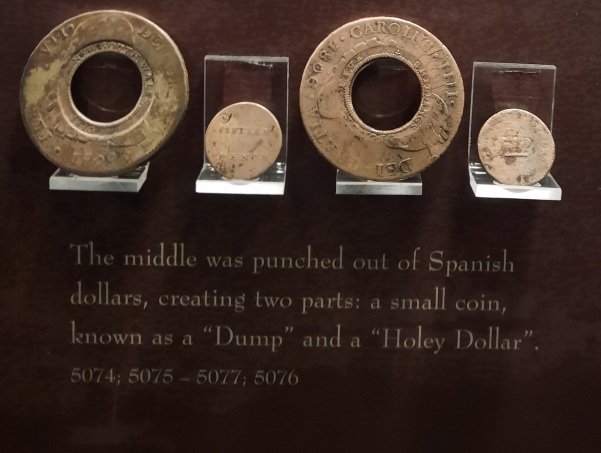 The “Spanish Dollar” coins were actually silver 8 Reales coins. Also referred to as “pieces of eight” – generally, as well as in the famous pirate-speak. It was called “dollar” because it was the coin/currency that the United States dollar was based on.

Interestingly, William Hershell was convicted and sent to Australian penal colony for the crime of forgery. How ironic that he effectively saved the colony’s economy by minting, or basically inventing, these new coins. The donut shaped (outer) was valued at 5 shillings and came to be known as the ‘Holey Dollar’. Meanwhile the centre piece was valued at 15 pence and were called ‘dumps’. All the new coins were stamped with “New South Wales”.

Dani minted his own dinosaur (collectors) dollar coin – at a cost of $3. So although entry was free, just about every child (and enough adults) paid three dollars for the privilege!

We also bought another “collectable” coin. An ‘AC/DC’ 20 cent coin. There were a few different designs. The rock band is famous all over the world but being from Australia the Aussies are particularly fond of them. Of the several AC/DC 20 cent coins on offer we bought the one with Angus Young playing the guitar in classic pose.

Who wouldn’t want a coin with Angus on one side and the Queen on the other? Anyone? Nah, thought not…

I think everyone who visited the Mint really enjoyed it. We certainly did. Yet oddly enough, in this era where our leaders are pushing towards a cashless society, this place will almost certainly close in the near future. And to me, that is not progress; it is sad.

This is Australia’s national memorial to the members of its armed forces and supporting organisations who have died or participated in wars involving Australia. It opened in 1941, the memorial includes an extensive military museum. Entry is free but you need to pre-book your visit. It was certainly very busy when we were there…

The military museum full of interesting facts and real equipment from some recent wars. Such museums are never exactly happy places but this one was quite interesting and had a lot of objects from all sides involved in the conflicts. 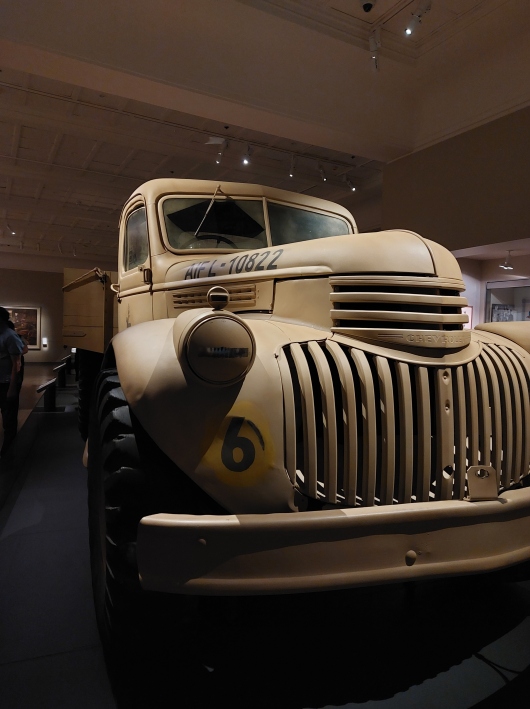 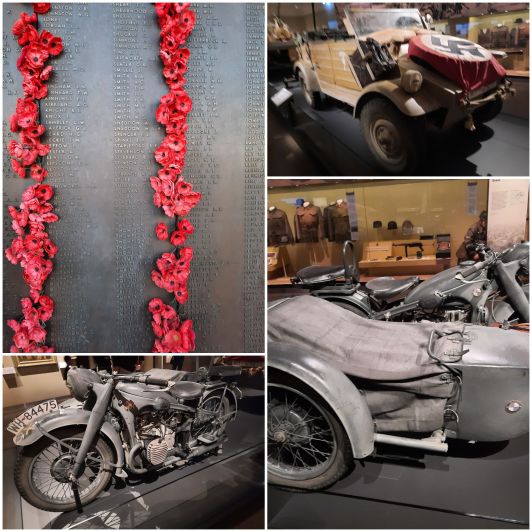 The commemorative area is situated in the open centre of the memorial building, (including the cloisters to each side and the Hall of Memory under the building’s central dome) and the sculpture garden is on the lawn to the west. The heart of the area is the Hall of Memory, a tall domed chapel which houses the Tomb of the Unknown Australian Soldier’.

Close to sundown we stayed for a well attended last post ceremony. These occur every day but have not been open to members of the public for most of the past two years. (You know why… I am not even going to mention it.) 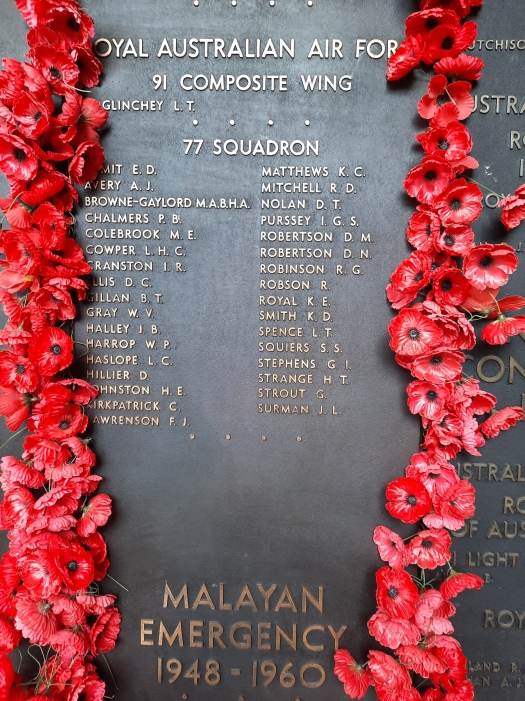 To end the day we visited another craft beer brewery. Capital Brewing. I had tried one or two of their ales (bought from the local beer sellers) but never really equated their name to their location. Doh! I know. How dumb is that eh? 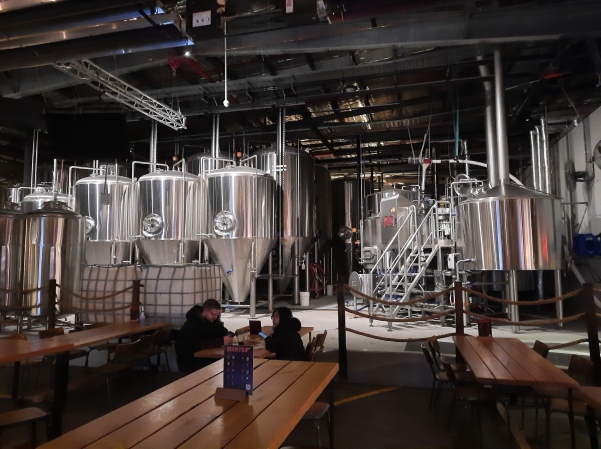 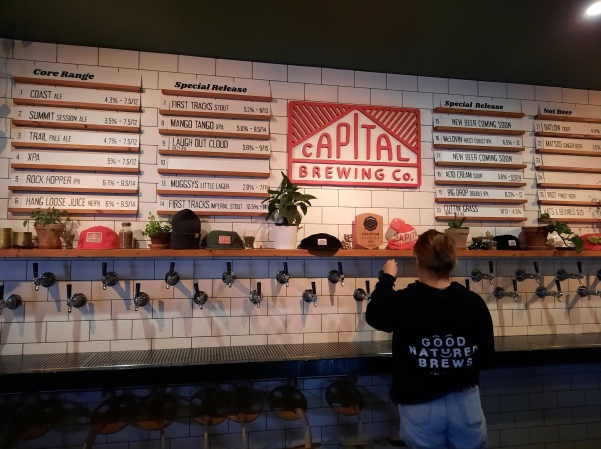 Anyway, we paid a visit to their relatively large premises outside of the city on our last evening in the area. The outdoor space apparently holds up to one thousand people. The building is big enough too. A relatively large scale operation as these things go. Definitely worth a visit. 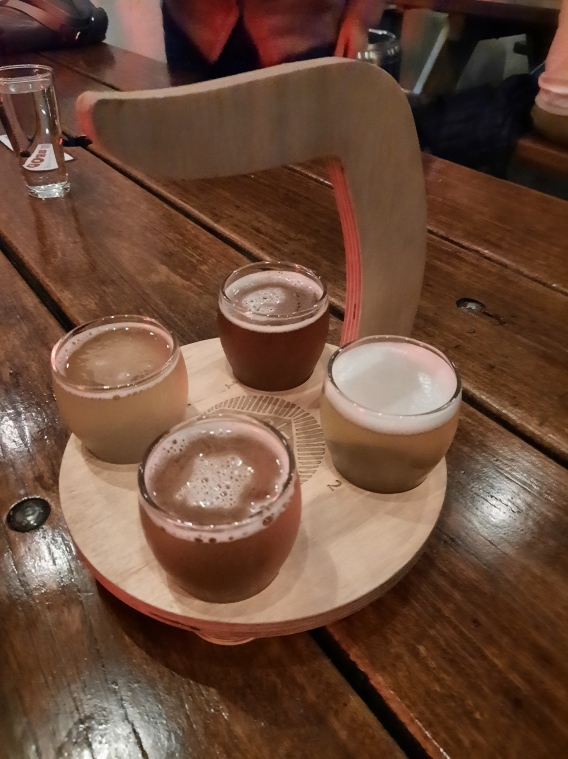 Once again I went for the tasting paddle of four beers. Personally I rate the Bent Spoke beers (see previous post) slightly better but Capital Brewing’s ales are pretty good. 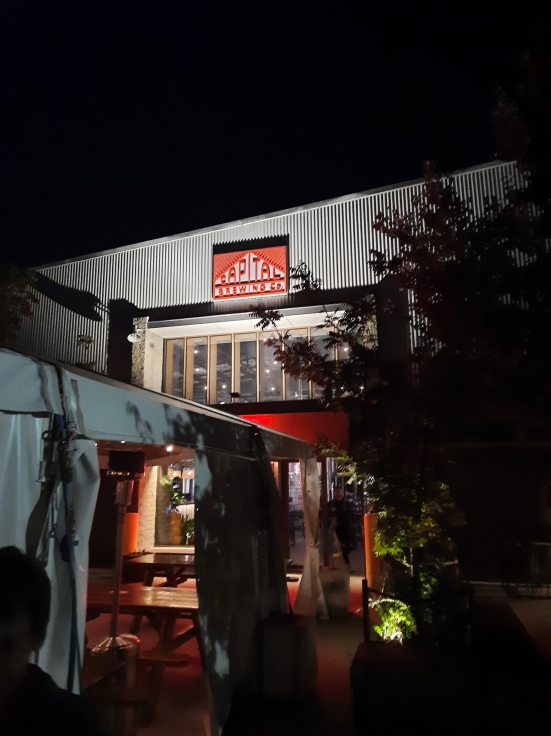 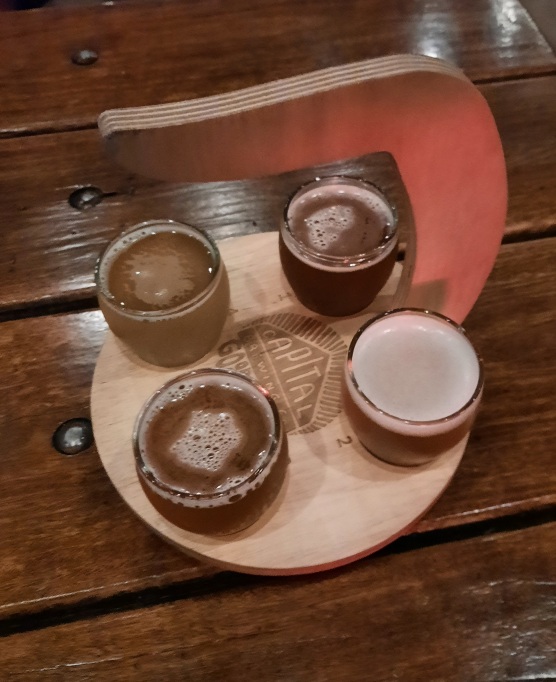 And that was the end of our two days in Canberra. Onto the next stop. This time the relatively short drive into the Snowy Mountains for a couple of days…