Anyone who drives will have had this same thought: “I am so glad that I do not have to learn to drive now.”

With the number of cars on the road increasing exponentially each year it certainly is a daunting task.

Now put yourself in Dani’s small shoes. In 15 years time this poor kid has to learn to drive in Spain. Imagine that. I can hardly bear to think about it.

Spanish driving is a subject that should be taken seriously but I make no excuses for quoting this excellent text from John Hooper’s book The New Spaniards (details below).

Taken from a chapter called “High Stakes” which talks about gambling habits in Spain, this paragraph sums it all up so well; I have quoted it myself many times. It is cleverly worded and unfortunately so true. Anyone who has driven in Spain will identify with this and even if you haven’t driven in Spain you should find it amusing.

“Forget gambling for a moment. Just take a drive through any Spanish city. What is it that makes the experience so unnerving? That the Spanish drive fast? No; the Italians drive noticeably faster. That the Spanish Drive selfishly? Not at all; compared with the French, they are consideration personified. What distinguishes the Spanish is their readiness – their compulsion, almost – to gamble with their lives and, regrettably, those of others in order to gain a few seconds or metres.”

I hasten to point out that Spain is still far better than a lot of countries when it comes to safe driving.

You can often see the Spanish overtaking, undertaking and indeed, completely piss-taking! It is quite common to see someone drive across three motorway lanes at the last second just to make an exit road. It can be worrying, infuriating and even funny all at the same time.

It is fair to say that statistics show a drop in traffic related fatalities in Spain. From a peak in 1999 there has been a downward trend. So much so that more recent (2013) figures show Spain ranked as 5th (safest) for traffic related fatalities in Europe with a fatality rate of 36 per million of population – down from 53 on the previous 2010 study.

Incidentally Spain ranks better than France and Italy with figures of 50 & 58 respectively – take note Mr. Hooper . In comparison the UK figure was 29, down slightly from 30 in the previous study.

The reasons for such a fall in fatalities has been put down to the more widespread wearing of seatbelts and a reduction in driving under the influence of drink or drugs – something which had been fairly common in Spain.

While traffic related fatalities are clearly the figures of most concern, such statistics do not tell the whole story. If you delve deeper into the statistics there is a considerable rise in non-fatal traffic accidents in some areas. The evidence is all around and easy to spot. It is surprisingly difficult to find a car in Spain that does not have several dents and other signs of collision. Even the new cars. Many of those will be collisions with walls, bollards and other (often parked) cars.

The reason for this is hard to explain but actually quite easy to summarise. It is fair to say that even the most mild-mannered Spaniard has a tendency to drive aggressively. I have witnessed it myself many times. People who you would never suspect of having an aggressive bone in their body suddenly become crazed maniacs when they sit behind the wheel. It is a staggering transformation when witnessed first hand.

I hope that Dani will be less inclined to be like that. I hope he will be careful; but it is a worry. I am sure that is the case for all parents in any country. Dangerous driving is something that you learn to do – or not to do. At the moment, even at his young age he seems aware of the dangers on the roads. He says things like “este coche va muy rápido” (this car is going very fast) when a car overtakes us. That shows caution. On the other hand he is only too keen to jump into the driving seat at every opportunity.

Who can say what it will be like learning to drive in fifteen years time. Driving in Spain could be – statistically at least – safer than in the UK by then. Although somehow I doubt that.

Many thanks to John Hooper and his team for giving us permission to use text from his book. The quote is taken from The New Spaniards – first edition, 1995. The book has since been updated in 2006.

Hooper’s book is easily the best read on Spain and the Spanish. I have not seen one that even comes close. I do not intend to do a full review of the book here but please look for yourselves at the (mostly) fantastic reviews it has received. 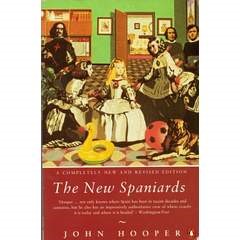 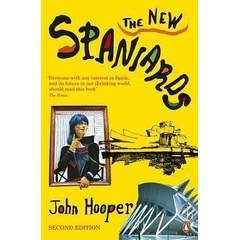