This weekend we took Dani into the mountains to find some snow to play in. Without checking the weather we knew there was snow in the ski areas. However, it was already mid Saturday morning so we also realised that those places would be full and probably and there would be traffic jams. So we decided instead to head for Miraflores de la Sierra. An easy enough little town to reach, some 1100m up with high peaks – and possibly some snow – further up the mountains. If there was no snow we could at least spend time in the town and grab something to eat there.

When we neared Miraflores it was quite clear that there was no snow worth mentioning. So we parked in the town and had a little walk in the vicinity. Miraflores is a fair-sized mountain town with plenty of shops, bars and restaurants. There are also several hotels catering for all budgets.

The town has just started a 24 day feria celebrating the gastronomic delights of the pig. This was the Matanza (literally slaughter) festival. The time of year when local pig farmers slaughter their animals so they can be turned into mouth-watering dishes. Not a good time for a huge Peppa Pig fan to be in town. Fortunately Dani is still at that age when he is oblivious to such things.

Black Pudding (Morcilla), Chorizo, Sausage, trotters and various cuts of meat will all be made from the slaughtered animals. Nothing will go to waste. Naturally all the local restaurants join in by adding their pig based speciality dishes to the menus. The Matanza will attract plenty of visitors from the nearby capital over the next 3 weeks.

During our walk around the town we saw the church with the ubiquitous storks nesting at the top of the bell tower. As well as being a Peppa  Pig fan Dani has a thing for bell-towers (campanarios) and the bells themselves (campanas). Funny little boy. He was almost reduced to tears when we discovered that the church was closed and he could not enter the bell-tower. We kept the tears at bay by taking him to see the statue in a nearby square known as a perrero. It celebrates driving out the French in 1808.

After eating we headed back for Madrid. Dani fell asleep just after leaving the town. No doubt dreaming of the bell-tower that got away. Miraflores is just one of many towns in the sierras to the north of Madrid. Most reachable within an hour. 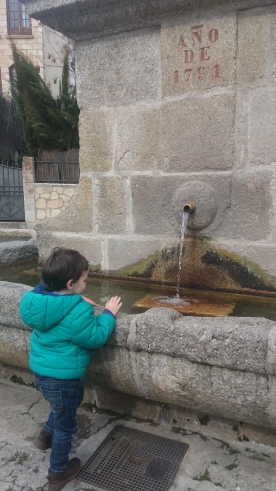 Only a dusting of snow on the nearby peaks. 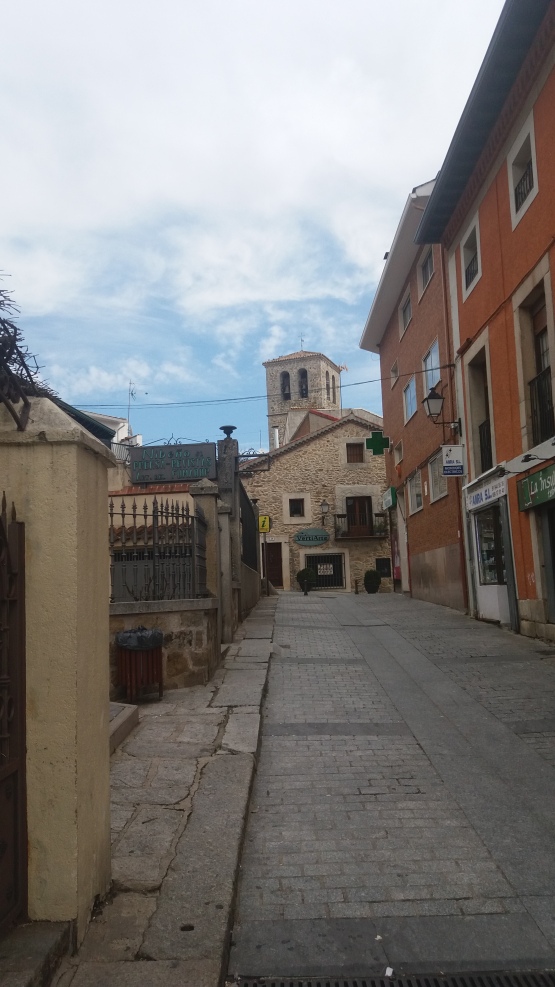 The Town Hall and a bar with a great name.

2 thoughts on “In Search of Snow”