SuperZings – More than Superheroes (they say).

The latest craze sweeping kids’ brains at the moment is the SuperZings (pronounced in Spain Super Things). An ever growing collection of (now) several hundred characters an inch or so high.

It’s all in the Name

They remind me a little of Cutie Fruities which were around when I was in school in the 70s. Little fruit (and vegetable) characters that you stuck on top of your pens and pencils. Are such things known as pencil toppers?

The marketing angle is not unlike the huge Pokemon craze of the 90s (which of course made several returns). Multiple whacky characters to collect and swap with your friends. The names tell you what the character is and clearly there is no end to what they can make (and sell) as any ‘thing’ can be a Superthing.

Their names are as crazy as the toys. Naughty Socks, Joe Cookie; and Frenetic Fries  – basically looking like a box of French fries from that place with the golden arches and some clown.

The photos below show some other examples. It’s easy enough to realise that this can go on and on. Not unlike the Lego minifigures in that respect. 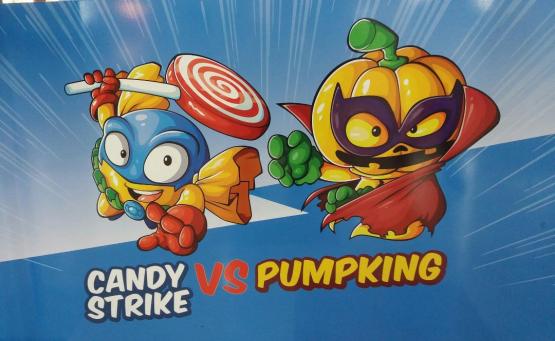 The Superzings come on their own for 70 cents. With a “vehicle” for €2 and with some kind of tower/prison cell (or similar accessory) for €4. All-in-all it’s a great way to take the kids’ pocket money. 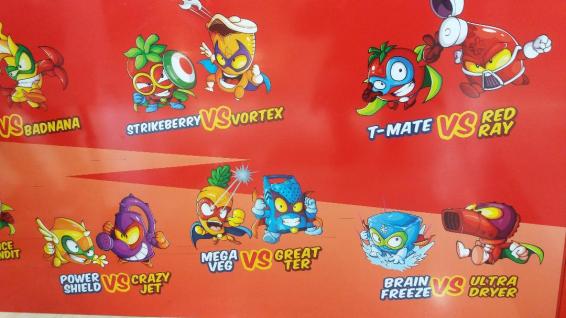 We each bought one the other day. Mine was Choc Shock, Dani’s was Battle Butter and his mum’s was Hoops (basically a basketball hoop with a face etc).

Battle Butter vs Choc Shock – Sounds like a heart attack waiting to happen.

The marketing geniuses have been setting up Superzing play areas in shopping centres. We accidentally happened across one while doing a supermarket shop. As the play area was about to open we decided to let Dani enter. They had a strict age policy. One of the adults in charge was asking the smaller kids how old they were. If they said “three” they were not allowed in. When the parents complained (more like questioned) they were shown the wrapper the little toys come in which does clearly display (if you look for it) that sign. The one that shows these toys are not suitable between the ages of 0-3. 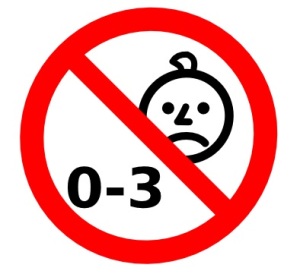 One little girl had to wait outside with her dad while her older brother played inside with Dani and the other kids. A little harsh I thought as that sign is only for guidance and is not legally binding. Still, in this age of litigation what group open to the public is going to take the chance of a youngster swallowing a small toy under their supervision. Also, it surely means up to 36 months ld. O the kids of 3 years old are actually outside this boundary, even if only by a month or so. Otherwise why doesn’t the symbol say “4 years and over”?

None of this debate bothered Dani of course. He was in his element. As were plenty of other kids. These toys, incredibly simple in their concept, have really struck the right chord.

Here is a link to a two page poster of some of the Superzings characters:
Superzing characters1