Dani’s first term of Australian school draws to a close. Only two days to go. To say it has been an eventful first term for Dani would be an understatement. With all this coronavirus crap it has been an interesting introduction (to say the least) to life down-under for all of us.

I went for a jog this morning. Just after dropping Dani at school. I decided to go and check out the scene at Bondi Beach. The beach itself was empty. I am sure until this virus bullshit it would never have been empty at this time of day – ever! This was known as a 365 beach, never closing. 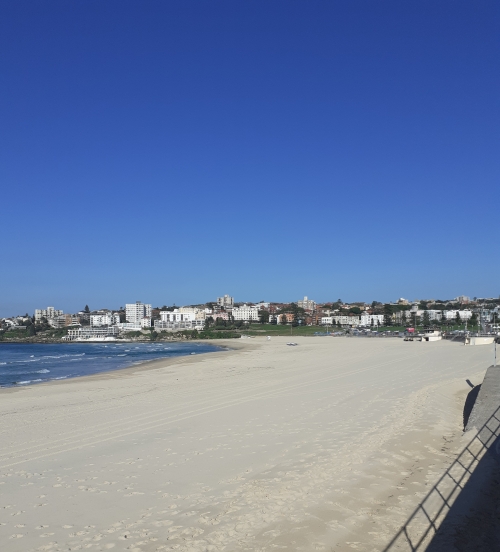 While the beach was empty the surrounding streets and grassed areas were busy enough. How long before they close off the streets and green areas? Any day now surely.

First Term of School Almost Over

Not that Dani has to worry about any of that nonsense. I do all that for him. That is to say I don’t really worry about it and encourage him to be the same. But that’s digressing slightly here. For more on that you can just read any of my ‘virus’ based posts (there’s a few of them here).

As for school. He likes it. I mean he really seems to like it. I really can’t complain on that score. Of course there is the odd day when he says he doesn’t want to go in. Especially when the kids in his class were disappearing to do the remote learning from home – i.e. over the last two or three weeks. Apart from that he has been great.

Outside of school he is easily and happily lost in his daft iPad games. He will sit quite happily giggling away watching youtube videos of other people playing the bloody games. Nuts!

His personal favourite right now is a young man (American or Canadian I think) who demonstrates the various versions of games like Mr. Bullet; basically a bloodthirsty ‘shoot ‘em up’ game. Despite the primitive graphics it leaves very little to the imagination. Actually, I quite like it too…

He will get completely engrossed in these videos of videogames. So I asked him what he was doing the other day.

What are you watching Dan?
Look dad. These videos are by this man. They are great. I really like him. Look how many subscribes (sic) he has.
Subscribers.
Yes, subscribers. Loads. I am not subscribed yet, but I am going to.
Are you? How are you going to do that?
Just click on this button, look. It says ‘Subscribe’.
And then what?
I don’t know. But mum will show me.
Oh. OK. Well you will have to ask her first won’t you?
Yeah.

And back to the video watching. Seamless…

The problems come when you try to amputate the iPad from his arm. You would swear that you were torturing him. No different from any other kid his age though. Worse than that; try taking a mobile phone off a teenager. They would happily go without food first.

And so, the Easter holidays are almost upon us and look destined to be ruined by this virus thing. Actually, it will be the government that does that, not some microscopic bug. But what can we do? I do not fancy being locked up in this apartment with no beaches or parks open. It’s time to act.

The problem for us is that our container is in quarantine somewhere in Sydney. It seems unlikely that we will be able to get its contents delivered for some time now. We have been managing with minimal furniture and utensils etc… Having to be in the apartment full time does not look like an option.

Looking at where we have just visited, there are houses and apartments for rent (still). Maybe many who have booked months in advance will not be going on their holidays. Those new rules released here yesterday suggest as much.

The main thing for me is to get out of the city. If we can. At least down in places like Jervis Bay the towns are so small and the outdoor space so big, that if you wanted, I am sure you can take your daily exercise with a long walk and swim on the beach. Effectively staying there for a couple of hours. Like you would on a (normal) holiday in fact. Then stroll back to the house. Without bumping into anyone else. Who would notice? Who would care? Beats being on lock-down in a city suburb.

I happen to think that Dani deserves it, so that’s the plan. But can we get out? What will be the restrictions come this weekend?

As always, we will have to wait and see…