There are many parks in the city of Sydney but only one shares the same name. Sydney Park is located south of Newtown in the area of Alexandria.

At the end of my visit to Newtown, I followed King Street south where it becomes Princes Highway and meets the corner of Sydney Park. There in the northwest corner of the park sits the old brickworks, kilns and chimney stacks. We had seen these several times while out driving south of Sydney but I had never taken a close look. Most of the city would have been built from the bricks made in places just like this one. 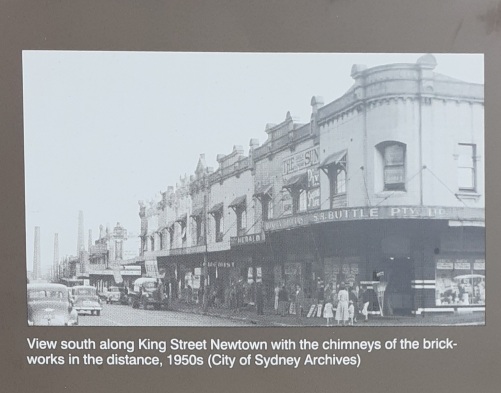 Compare these two photos. Amazingly there are fewer cars on my photograph. I think I was just lucky.

Sydney Park was basically a huge pit from which brick-making clay was extracted during the 19th and 20th centuries. The park was not made until years after the brick making stopped. Firstly the area was used as a huge landfill site then finished off with a layer of soil an landscaped into the park we see today. There is some 30 years of garbage under that park.

The fantastically named Josiah Gentle bought two acres of land in 1887 and set up the Bedford Brick Works in 1893, naming it after his home town in England. He had arrived in Sydney in the 1850s and started making bricks in nearby Waterloo. In 1933 the works was taken over by Austral Bricks who operated it until 1970 when it closed. 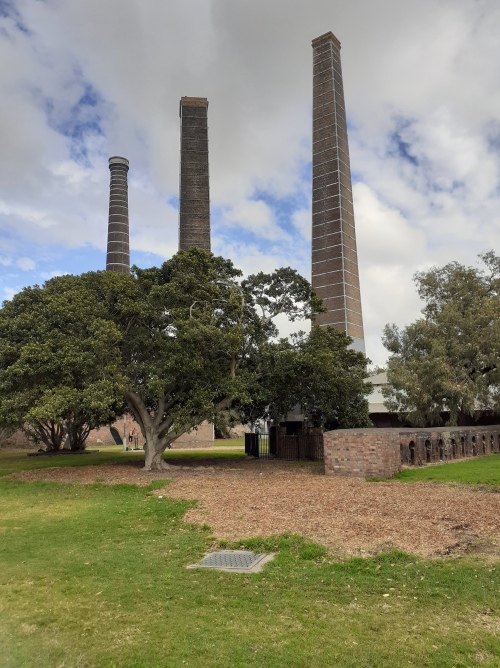 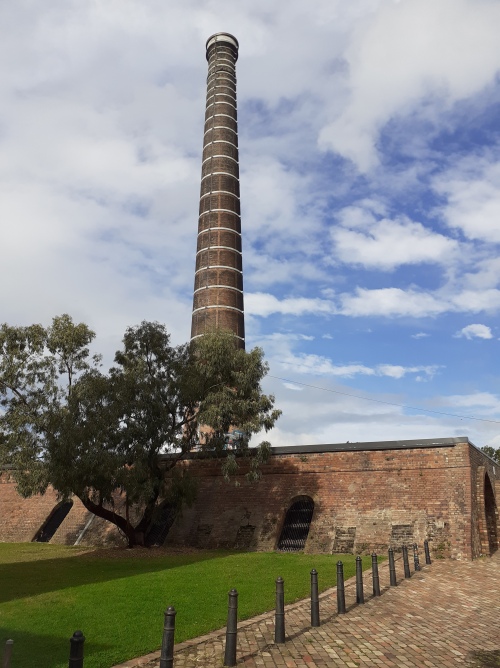 Incredibly the first owner of the land was an Elizabeth Needham who was a ‘First Fleet’ convict who had served her seven years for stealing two silk stockings back in the ‘old country’. It seems like the punishments were extremely harsh in those days eh? Well read on…

When Needham’s sentence expired she received a 40 acre land grant in the district of Bulanaming on the site of today’s Sydney Park. Maybe it was worth stealing to get seven years in Australia and then receive all that land after all eh? It all seems a bit bizarre now. Anyway, she sold the land in 1808 and it was sold again in 1822. However, it is thought that part of the land was leased out to brickmakers from as early as 1800.

There is no intention to remove the chimney stacks. In fact only a year ago the council announced plans to repair the stacks and maintain them to ensure they stand tall as a reminder of the city’s industrial heritage. Good for them I say. Part of one stack will be rebuilt while the brickwork on all four will be cleaned and re-pointed.  All stacks will be fitted with lighting protection.

Despite needing repairs the stacks are a great reminder of how well things were built back then.

As for the rest of the park itself? That’s another visit…