While we were driving around the North Turramurra area today, I remembered that the main road through – called Bobbin Head Road – leads to a boat marina in a large bay further north. It was a good time to take a look…

The Ku Ring Gai Chase national park is Australia’s second-oldest national park. We only saw the southern tip of this large park .Located just north of Sydney’s northern suburbs it is easy to reach.

Once we left the built up area of North Turramurra there was a manned entrance to the National Park. The cost is $12 per car per day so we pulled over and I bought an annual pass for all New South Wales National Parks for only $65 – on my phone. That’s all national parks except the one with the ski resort – Kosciuszko National Park. Still, it allows you access to 45 other National Parks that charge an entrance fee. And they are usually the best ones to visit. We had already been to two of them so it was time to get the annual pass. I reckon that’s a bit of a bargain (there’s not much cheap in and around Sydney).

Cockle creek and Cowan creek combine into a large bay where the marina is built. Cowan creek then runs north and joins the Hawkesbury River estuary which then opens out into the ocean. As the crow flies this marina is about 12km (a rough estimate) inland from the ocean so it is an odd place to be mooring sea going boats. It must be a lot less expensive than the marinas on the coast.

These bays are salt water and rise and fall with the tides. The more inland – up the creek – you go the narrower it becomes until eventually you reach the fresh water spilling into it.

The marina offers small boat hire which is great for exploring the bays and for fishing. 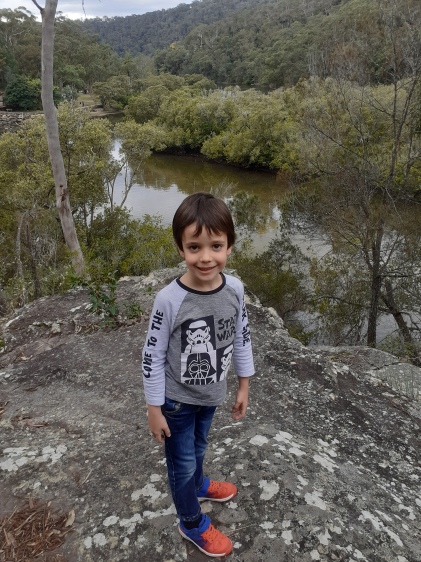 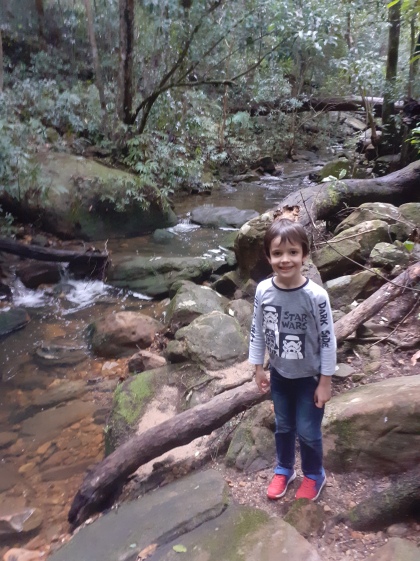 Along the way the forest has its usual surprises. The way the trees manage to grow into and around the rocks never ceases to amaze me. Plus there was a mangrove swamp walk.

Trees everywhere you look. Take it from me Australia is one heavily forested country. It may be known for having an enormous interior which is mostly red/rust coloured desert but the amount of forestation around the edges (so to speak) is something else.