Back to our July holidays… When it was time to head back from Byron Bay we decided to break the trip up with another stopover before Sydney; in Port Macquarie. On the way there we stopped at an old Gaol

Trial Bay lies half way between Sydney and Brisbane and takes its name from a ship called ‘Trial’ that was shipwrecked on the rocks in the bay in 1816. The ship had been seized by thirteen convicts while it was anchored in Port Jackson (Sydney) waiting for favourable weather to set sail.

Back in those days shipping was the only viable route between Sydney and Brisbane so it was decided that ships needed a safe haven half way on their journey. Trial Bay was chosen but the bay needed a large breakwater for storm protection. To build the breakwater it was decided to use convict labour. 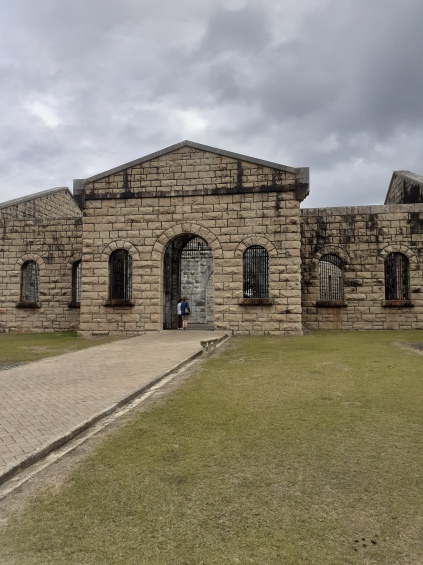 Between 1877 and 1886 the Trial Bay Gaol was built to house the convicts who would be the workforce used to build the breakwater. This was the only time in NSW that a large scale gaol built to supply convict labour for a public project – officially at least! For various reasons – mainly weather – progress was slow and 10 years into the project the breakwater was only one seventh of the size required. then in 1903 shipbuilding had greatly improved and the more robust ships were no longer in danger in this area. The project was abandoned and the Gaol was closed. 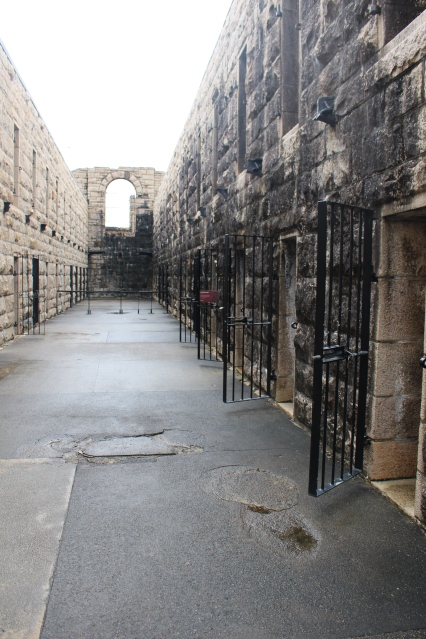 During the first World War the Gaol was used to house some 500 men of German decent who had come to Australia or were in neighbouring colonies and were then viewed as enemy aliens. Four years after the war the Gaol was decommissioned and much of the materials and contents sold off. The Gaol then turned into a ruin but in 1946 the site became a public reserve and during the 1950s the Gaol was restored. Nowadays the place is run by National Parks and with the help of volunteers. And of course, tourists paying to enter – like us! 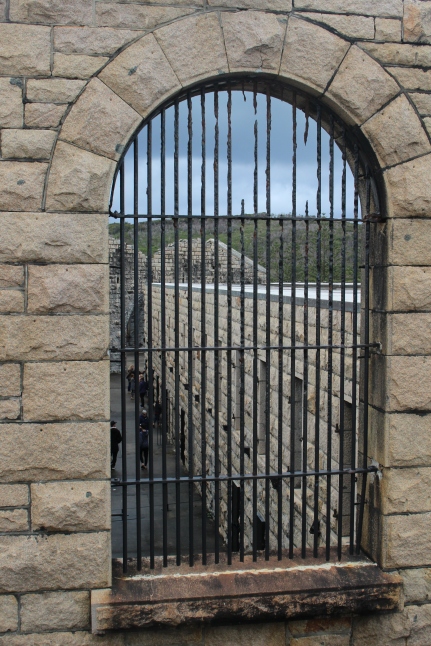 Half of this site could be turned into a working hotel. People would certainly pay to stay in an old prison. Right now there is a camp site right beside the old Gaol but somehow staying in the old cells would appeal a lot more to certain tourists.

From Trial Bay Gaol we headed for Port Macquarie for a couple of nights stay… More on that later.