Yesterday we went back to Spencer on the Hawkesbury river estuary. This time we hired a small motor boat and went for a leisurely cruise up river.

You don’t have to go far once out of the city of Sydney to get a feeling of remoteness. Areas that are basically untouched are all around. A trip up the Hawkesbury river certainly gives you that feeling of going back in time. 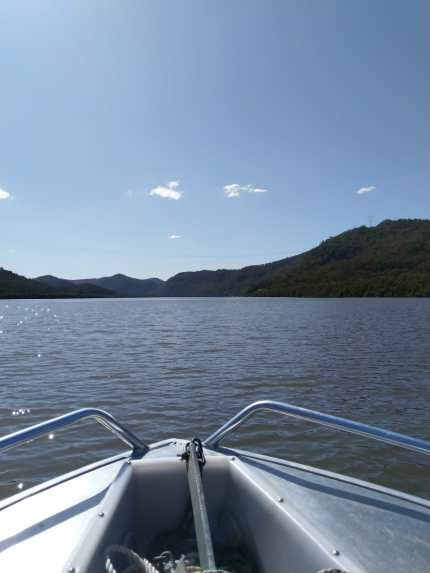 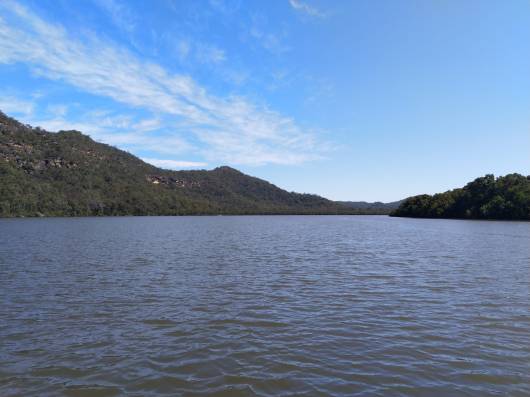 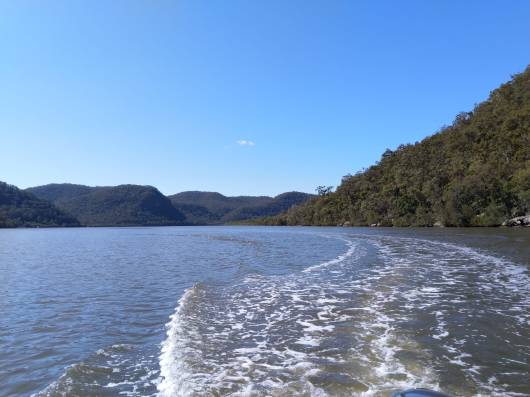 When I look around at the scenery I can’t help thinking that Port Jackson (better known as Sydney harbour) would have looked similar to this  when the first Europeans sailed into the harbour. The Parramatta river that fills Sydney harbour is less than 30km from the Hawksebury estuary (as the crow flies) but these days it is a whole world away. 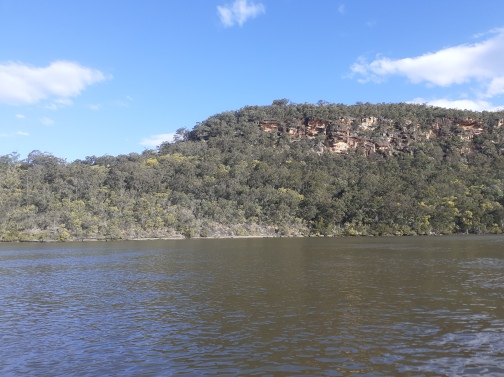 At Spencer the Hawkesbury River is wide and almost deserted this far inland. There are rolling hills, steep sandstone escarpments and mangrove swamps. And trees everywhere you look. We also saw quite a few sea eagles soaring over the river. 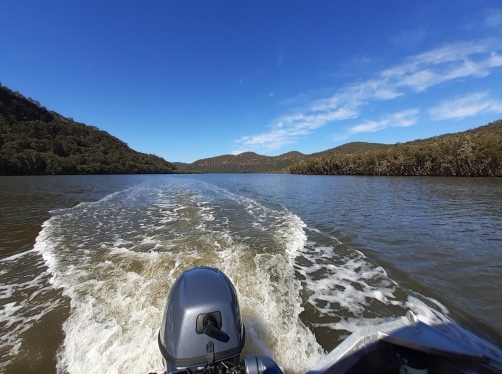 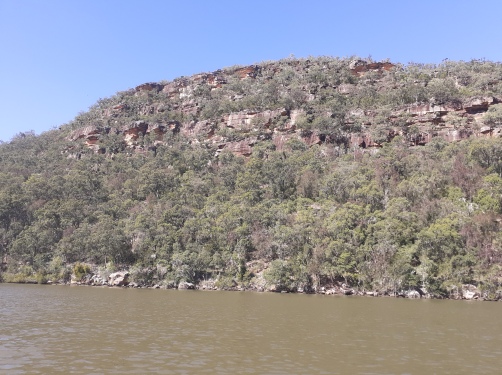 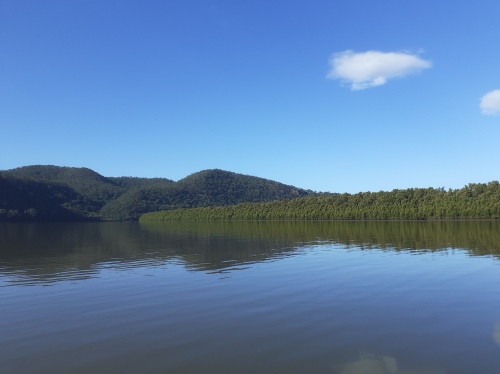 The night before there was a storm but today the weather was perfect. Thanks to the storm however there were quite a few branches floating about. Logs almost in some cases. Such a huge expanse of water though, you hardly notice them. We hired the boat for four hours and so only saw a small part of the  harbours, creeks and inlets that make up this massive waterway. 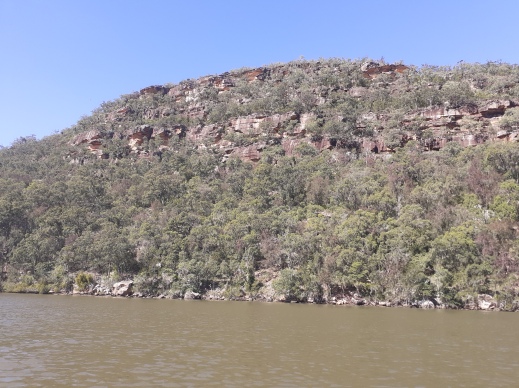 Literally a ‘spot’. Dani just didn’t have the patience and we left it a little late too. By the time we decided we had gone as far upstream as we should (and as time allowed) we stopped before turning back and fished for a while. Suffice to say we never caught anything. But all the more reason to go again eh? Great!

There are several places to hire boats of varying sizes but most of the companies are near the mouth of the river and close to the open ocean where it is relatively busy. We wanted to go more inland where it would be a lot quieter; and then there are not so many options. We used a small local company called Hawkesbury River Hire Boats. Here is a link to their website: www.hawkesburyhireboats.com.au/

It’s a great way to spend an afternoon or morning  – or even a whole day, although that may be a bit much for the lad. One thing is for sure. We will be back.