As regular readers of this blog (if there are any) will know, visiting cemeteries in remote places is something of a habit for myself and Dani. The town of Bourke has a particularly interesting cemetery just on the south side of town. I thought it warranted its own post… 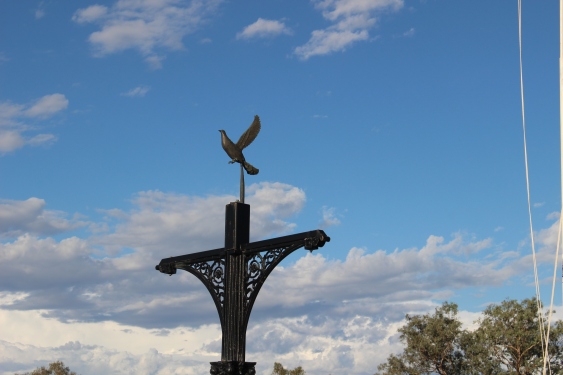 The other cemeteries I have blogged about were either in small towns (like Lightning Ridge) or places that went from boom to bust (like Silverton). In those paces all the graves seemed to be in no particular order. Here in Bourke however the cemetery was deliberately broken up into separate areas based on religion or even nationality. It had never occurred to me before but if a Catholic church has an adjacent graveyard then everyone buried there would be Catholic. Similarly in a Methodist church’s graveyard those buried would have been Methodist. At least in 99.9% of cases right? 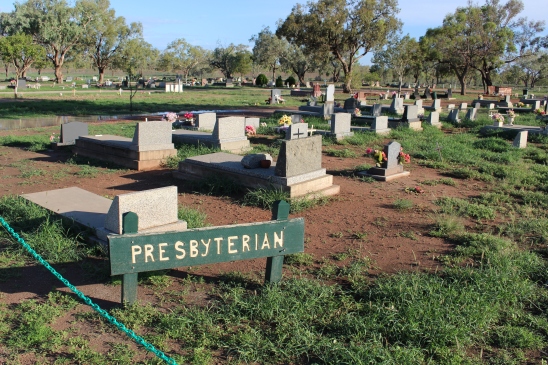 Bourke cemetery is the first place where I had noticed the segregation on religious grounds. This was sectarianism or religious apartheid in the afterlife (even if you don’t believe in that stuff). All the main Christian faiths were there. Catholic, Church of England, Presbyterian and Methodist. But separated! There was even a small Muslim section – see below. Better still there was a section towards one corner reserved for “Chinese”. 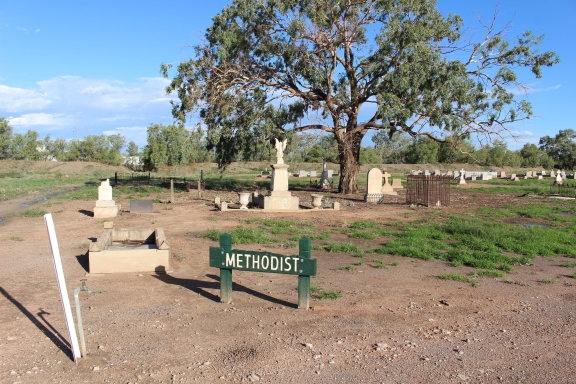 Just in front of that mosque shack are the graves of the Afghan camel men. Such men and their camels were the pioneers of transport in this part of the world before river boats and railways. They are buried facing Mecca.

Then I saw this area….

General? Perhaps they were of no religious denomination, atheist or unknown. Couldn’t they have buried the Chinese in the “General” section? Instead of way back in the corner?

In case you were wondering; the Aboriginal area was not defined. Their graves were traditionally located on their own ceremonial land. In more recent times however the graves of Aboriginal people are mixed in with the Christian areas.

By far the most famous person buried in Bourke cemetery is Fred Hollows. I have written a separate and special post about him. If you haven’t already read it then you really should. You can find it here…