Back to our outback adventure last summer holidays…

From Wilcannia it is a one hour (93km)  drive to the tiny outpost of White Cliffs. This is one of the main opal mining areas in Australia along with Lightning Ridge (central north NSW) and Coober Pedy in South Australia.

The small town has a population of around 200 although there are several stations (ranches) in the surrounding area that would increase the overall catchment figure. Despite the tiny population the local primary school opened in 1895, and has supposedly operated continuously ever since.

I am always amazed how these places were founded, and even more fascinated how anyone came to be here in the first place. How on earth did European settlers discover opals in such a remote location?  Well the story goes like this…

In 1884 the first opal in the area was found, by a group of kangaroo hunters. One of them left the group to track down a wounded kangaroo and picked up a pretty stone which he spotted on a tone covered hill. They all suspected it could be opal and when they found a jeweller he confirmed it. Even though that first opal was not considered “precious” the jeweller advised the group that finding such opal could still be much more profitable than kangaroo hunting. The group filed a claim and started digging for opal. Five years later in 1889 the first precious opals were discovered and the opal mining industry began in earnest. The town was established in the late 1800s and opal has been mined ever since.

Other opal mining areas have similar ‘pure luck’ tales. It always makes me wonder how many other areas remain untouched out there… for opals and other minerals.

Many of the locals live underground where the houses remain cool in the heat of the summer. In places like White Cliffs it gives the impression that the already small population is almost non existent. Most of the visible properties are motels, the tourist centre and the odd shop. But everywhere you look there are the usual signs of opal mining just like we had seen in Lightning Ridge.

One local entrepreneurial couple even offer guided tours of their large underground home. I think it cost $10 for adults (kids free). Very interesting.

Here are a few more shots from inside the underground home: 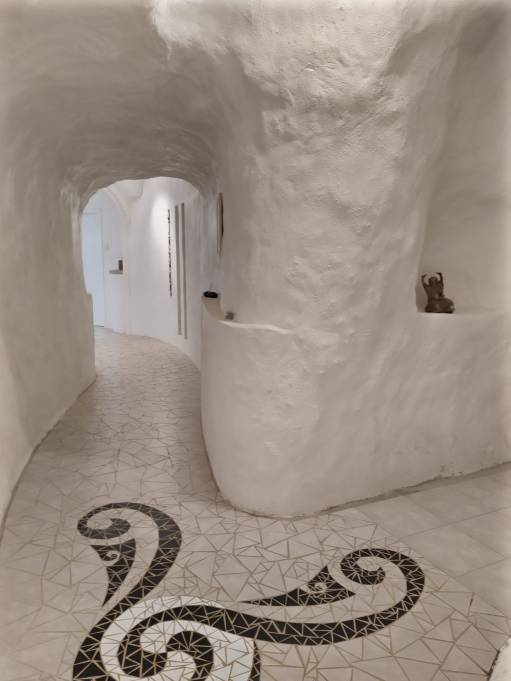 There are even a couple of underground hotels (one more a B&B) in the town and we stayed in the (famous) White Cliffs Underground Motel. It seemed like a good idea at the time of booking – being underground and definitely “different”. In reality the place has been allowed to decline. Badly. The rooms have no facilities as there is little if any ventilation for things like kettle steam and a fridge would just heat the room up (defeating the object of keeping cool). Similarly there are no en-suite bathrooms, only shared facilities dotted about the establishment. They were OK but when you are already paying a premium to stay in this unusual place such lack of luxuries soon hit home.

The place was pricey but was very busy – I believe because of high demand due to the novelty factor. (It’s the classic ‘been there, done that’ crowd – which I am ashamed to say we fell in with on this part of our trip.)

They also asked us not to leave food in the room as they openly admitted to having a ‘mouse problem’. We saw one running down a corridor on the first night, but no more after that, although there was ‘evidence’ (i.e. mouse droppings) inside the almost rotten wardrobes that passed for room furniture. It struck me as very odd that they didn’t seem to doing much to deal with the ‘mouse problem’. There were no sign of traps or anything else that a vermin extermination company would deploy. It was as if the owners couldn’t care less. Enough people were booking and wanting a piece of the famous outback underground dwelling experience. Having spoken to some of the staff I think something will need to change fairly soon. It seems the hotel is also struggling to retain their workers.

We will not be going back there for sure and I would recommend anyone wanting to stay in White Cliffs to use one of the other motels or B&Bs. 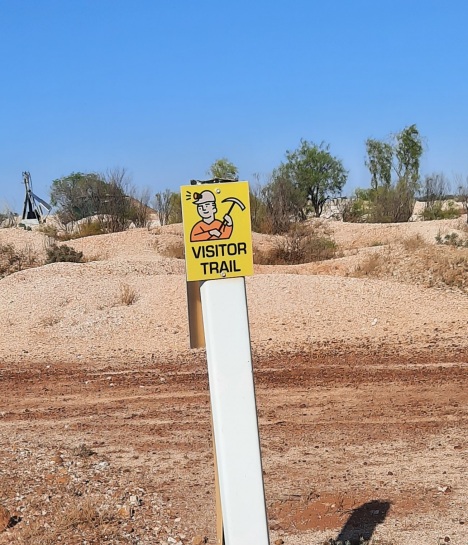 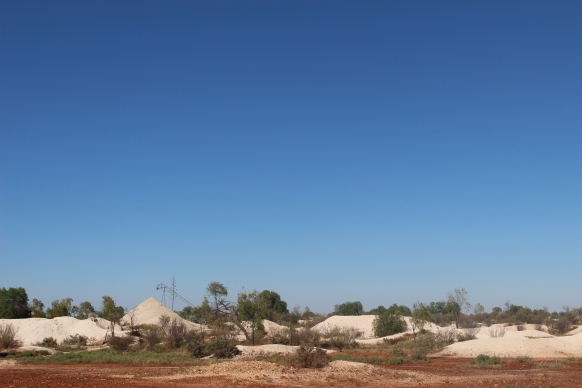 National grid power was not available in White Cliffs until 1993. Before that people used their own (diesel) generators. But in 1981 an Australian National University experiment became what is considered to be the world’s first solar power station to be used commercially just at the edge of the town. Fourteen parabolic collectors covered in 2000 tiny mirrors, focus the sun’s energy onto a spiral absorber. There the temperatures reach between 555°C and 1000°C. Water was passed through the absorber, quickly turning into super-heated steam. The steam was then piped to drive a steam engine which in turn drove AC and DC generators. The DC generator charged 300 volt batteries providing power at night. It managed to produce 25 kilowatts which was enough to power the local hospital, school, hotel, post office and 12 residences. 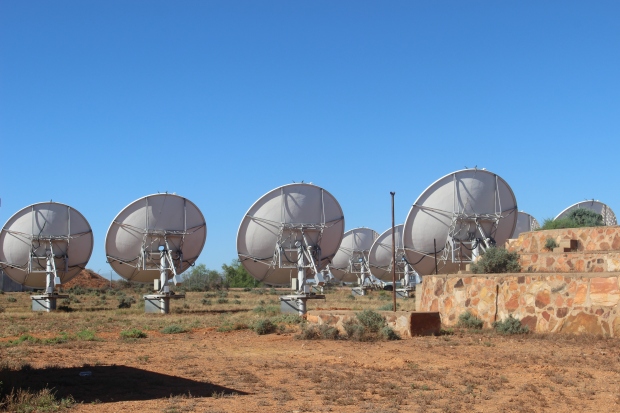 In 1996 the station was connected to the national power grid and enhanced to provide 50 kilowatts of power. But in 2005 it was closed and I have no idea why… It was supposedly “mothballed” so should be able to restart with not too much hassle. Don’t you think that is really odd considering how we are now constantly bombarded with “green” energy propaganda? I do.