After being closed due to the covid lockdown and then more recently the heavy floods, the Jenolan Caves are once again open to the public. They are currently open but still with a limited capacity. However, we managed to book a night and a couple of tours there for my birthday.

It was quite cold when we arrived – about 2ºC – and there was definitely an Alpine feel to this secluded spot.

Only three caves were open to the public and we visited two of them. Btu looking through that list it is easy to see how you could spend a week here exploring the caves.

It is so secluded I had to ask our first guide how the hell this hidden valley was discovered. It turns out that authorities were looking for an escaped convict who had been in a chain gang working not too far away. It seems he had taken shelter in the valley realising how remote it was but in order to survive he had also been stealing from farms not that far away. He was tracked from some of his crime scenes back to the caves area. Then the cave systems were seen and the rest (as they say) is history…

Everyone knows that caves like these have stalactites (the ones that grow downwards) and stalagmites (the ones that grow upwards). But what I learned here was there are other formations called straws and shawls. The straws tend to hang down but are small in comparison to a typical stalactite. They are exactly like the tubular drinking straws, if you broke one off you could drink through it.

Also there were plenty of “shawls”. Water at the roof of a cave does not always form drops. Sometimes it trickles down a rockface, depositing a narrow strip of calcite, that eventually grows into a thin sheet at an angle from the wall. Shawls often contain interesting folds and can look like hanging sheets, curtains or even rashers of bacon. I don’t recall seeing these formations in other limestone caves we have visited. Maybe I just wasn’t paying attention? But at Jenolan caves these formations are plentiful and some are huge. 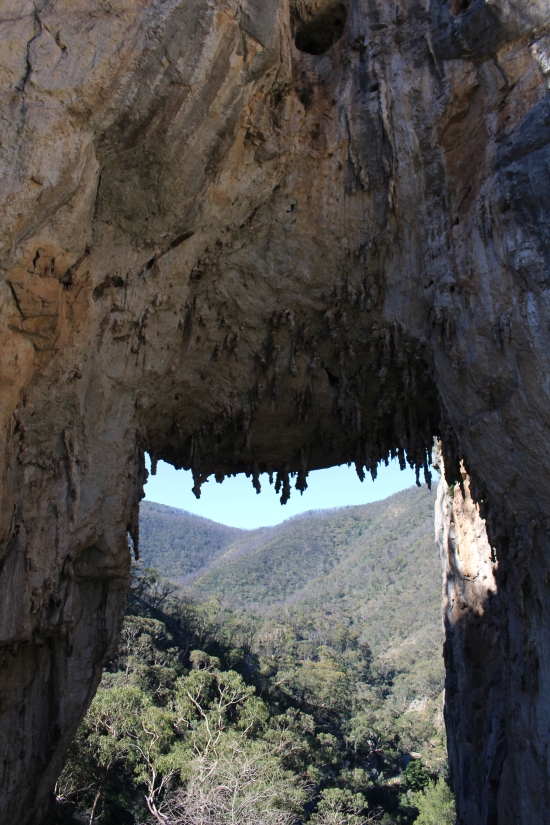 Caves House is an icon of Blue Mountains accommodation.  Built in 1897, NSW Government Architect, Walter Liberty Vernon, as a true wilderness retreat.  He designed it using the alpine, picturesque  ‘Federation, Arts and Crafts’ style. Caves House is on the NSW State Heritage Register. 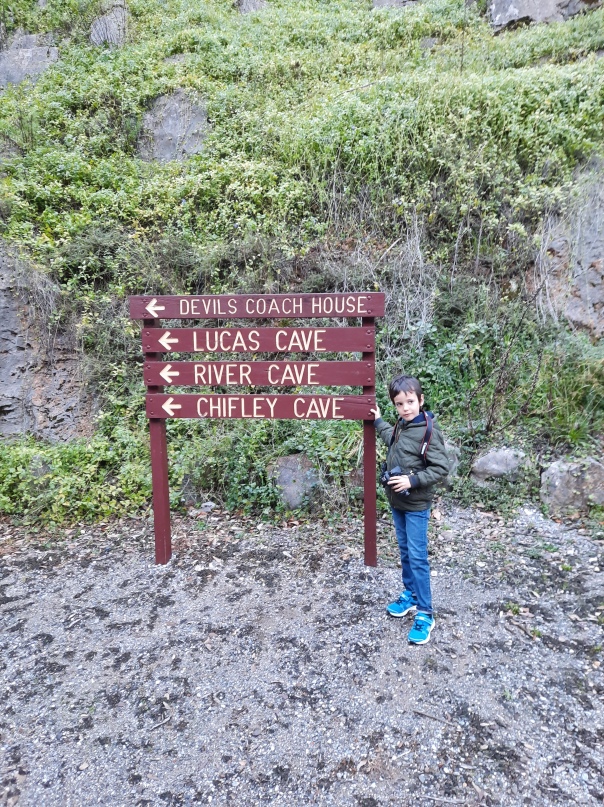 I started to wonder which cave systems were the biggest/most visited etc. I wondered if the Jenolan caves were on any “top ten list” (or similar). After a quick look online I found out that this cave system is nothing compared to the Mammoth Cave in Kentucky, USA. That one covers around 80 square miles of limestone caves, with a network that gives it the title of the longest cave system in the world. 365 miles of the cave have been explored to date. That takes some beating.

That said I think the Jenolan caves are the best that I  have seen (so far). They are said to be the best of their kind in Australia and I would have to agree with that.

There is a saying that one of the best parts of a journey is the getting there. Something like that anyway. I beg to differ. And this journey is one example of why. The direct and shortest route was closed. It has been closed for some time after storm damage, rock slides etc… We had to take a longer route to get to the caves. It added another hour or more to the journey time. Not the worst possible outcome but with a moaning seven year old in the back seat…

At least we got to pass through and see a couple of out of the way places en-route; the small village of Tarana and the town of Oberon. Also on arrival the descent into the valley is quite spectacular from that side. Bends so tight you wouldn’t fit them on a hair-pin!

Another great reason to visit the Jenolan caves was always to see the nearby Blue Lake. Sadly the Blue Lake is basically no longer there. At least it isn’t blue but full of gravel and access to it is closed off. Again the heavy rains caused so much flood damage and washed so much crap into the lake they have closed it off and it is now undergoing repair works.

The lake itself was home to possibly Australia’s favourite and certainly oddest animal; the duck billed platypus  – or simply platypus. We were told that some burrows have still been seen but it remains to be seen of the animals will continue to make the Blue Lake home.

Bloody hell! If it’s not covid it’s the weather.  Hopefully the Blue Lake will return to its former glory and with the main access road re-opened we will just have to try again.