A few days stay in Marbella with Dani’s Aita (grandmother) and one morning we went for a walk while most places were still closed. We stopped at a café that had a sign saying “Best Coffee in Marbella” (in English!). We tried it. It may have been (to some) but these things are subjective of course. However, it cost almost 4 Euros. Trust me; the Marbella region has hundreds of acceptable bars producing more than acceptable coffee. And for less than half of that price. My advice to anyone going to Marbella would be to settle for the 50th best coffee or 125th best coffee, or…well you get the idea right?

On the last day we visited a Roman villa (Villa Romana). It is probably closer to Puerto Banus than Marbella town; so we went by car.

I am not the best passenger it has to be said but to call it a ‘white knuckle ride’ would be an understatement. Dani’s grandmother is one scary driver! While it may be tempting to use the tried and tested jokes about women drivers or Spanish driving I won’t go there. Let’s just say combine the two and then some… It makes the biggest rollercoasters seem very tame. I end up peeking through my fingers like a youngster watching some horror movie. However, I digress…

The roman ruins are as you would expect for a 1st century A.D. building. Only about 2 feet tall (in places). The thing that makes this place worth visiting is the mosaic tiled floors. Still in fairly good repair and clearly showing many images. Almost like new in places. 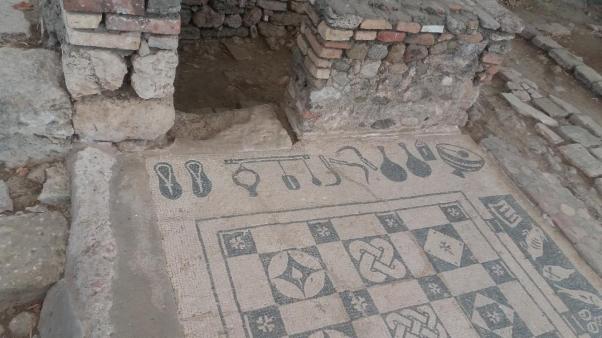 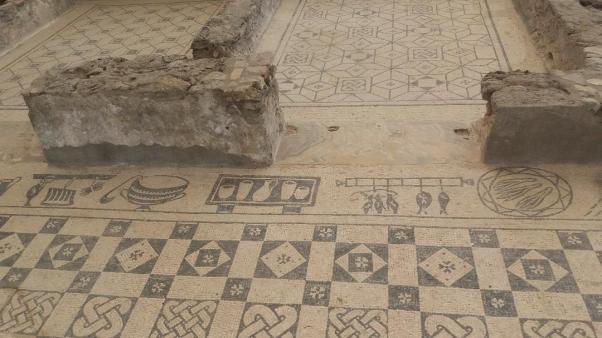 Almost 2000 years old! I can tell you that you wouldn’t have to look far around this area for recently built swimming pools with many tiles missing or hanging off. Such is the fall in standards over two millennia.

I was quite impressed. Now I am wondering just how many other such sites would have been in this area? How many would have been unearthed on construction sites only to be bulldozed by the greedy developers in the mad rush to sell properties at the back end of the 20th century? Say nothing otherwise the site works would be held up! No doubt quite a few. This area made multi-millionaires out of a lot of dodgy property developers. They call it ‘The Golden Mile’. Apparently because there was more money to be made building apartments than in mining for gold.

Although it was only one small site it is technically another museum. Dani’s second in as many weeks. Needless to say, he thought it was “rubbish” and “boring”. Such statements do not bother me as I know he is attentive at school. It’s normal for a kid his age to be completely uninterested in anything remotely educational while on his summer holidays.

Only a few hours later we were on the road heading inland towards Ronda then turning off for Benadalid. This is genuine pueblos blancos (white villages) territory. The green heavily forested mountains sparsely sprinkled with white clusters. Basically nothing in between – unlike other parts of the south coast of Spain where the space between village is peppered with small developments and single buildings. These villages are all still remote and quite separate.

This is the Serranía de Ronda (mountain) range and will be our base for a week or two.