After reading about the Parrot Fever (see previous post) but mostly after looking into possible closures in the Blue  Mountains, we decided to stay in Sydney. So we headed for South Head peninsula; the bit that sticks out at the mouth of Port Jackson (probably better known as Sydney Harbour).

The Sydney Heads (also simply known as the Heads) are a series of headlands that form the 2 km (1.2 mi) wide entrance to Sydney Harbour. North Head and Quarantine Head are to the north; South Head and Dunbar Head to the south; and Middle Head, Georges Head and Chowder Head are to the west (further into the harbour).

This South Head peninsula starts at the suburb (and bay) of Rose Bay and includes Vaucluse and Watsons Bay suburbs. There are some great old buildings in the area. (Old for Australia at least.) Like the vintage Doyles restaurant in Watsons Bay; sadly temporarily closed at the moment due to this virus thing.

On the Pacific facing side South Head is mostly sheer cliffs. The coastal walk takes you right to the edge, but there are fences in place so even those scared of heights can get a good view. For obvious reasons, South Head peninsula is home to the Hornby Lighthouse, Australia’s third-oldest lighthouse; and Macquarie Lighthouse, Australia’s first lighthouse. It is also the location for a Royal Australian Navy training base.

The Macquarie lighthouse and associated buildings were designed by James Barnet and built between 1881 and 1883. It was the first, and is the longest serving, lighthouse site in Australia. 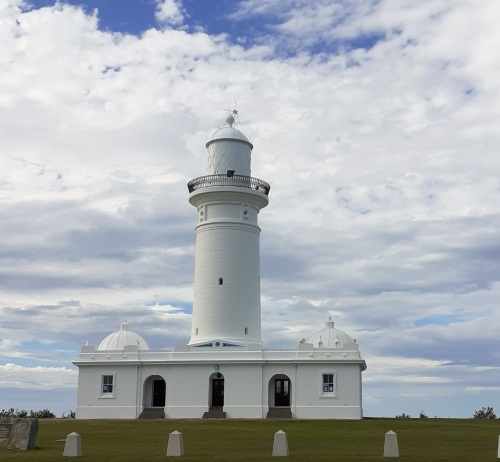 Just north of the lighthouse and equally important is the Marine Rescue Port Jackson base. 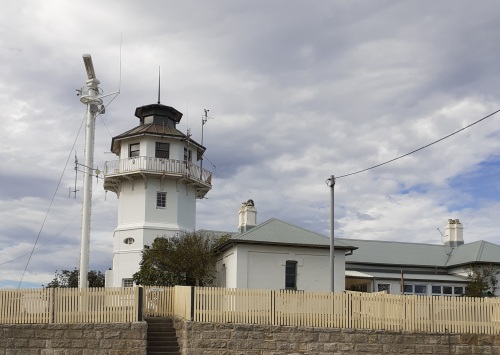 Interestingly, in these covid-times…

Quarantine Head was so called for exactly what its name suggests. An old quarantine station specifically built to keep the (former) colony safe form the spread of diseases. Those who might have an infectious disease would be kept in quarantine until it was considered safe to release them. The area operated as a quarantine station from 14 August 1832 to 29 February 1984.

The importance of the Northern Heads was highlighted by the Quarantine Act of 1832, which set aside the whole of North Head for quarantine purposes in response to the 1829–51 cholera pandemic in Europe. Which just goes to show eh? People never, ever learn from history.

In any case that was all  across the mouth of the harbour and we will visit that place some time soon.