Replacement for a Cock-up!

Before you read this post I would recommend reading the crazy true story about the Cape St. George Lighthouse that was posted back in November 2020 – you can see that one here.

This is the Point Perpendicular Lighthouse that guards the entrance to Jervis Bay. It is just a couple of hours south of central Sydney. It was built during 1898 and opened in 1899 as a direct replacement for the disaster/fiasco that was Cape St. George lighthouse (see other post). All done in a year! You don’t get that kind of response to public projects now eh?

I don’t know what it is but as buildings go there is something about lighthouses. Hard to put my finger on it. They is definitely something photogenic about them, especially the older ones.

It was built of pre-cast concrete blocks, the first time that method was used in NSW. The tender cost was – wait for it – £20,280 & 17 shillings. Just three shillings short of another pound (£1=20shillings or used to…). No idea why they didn’t just round it up (or down) but you certainly got a lot for £20k in those days. They built the lighthouse the keepers cottage, assistant keepers cottage, plus a post office, jetty, outbuildings, fuel store and stables. 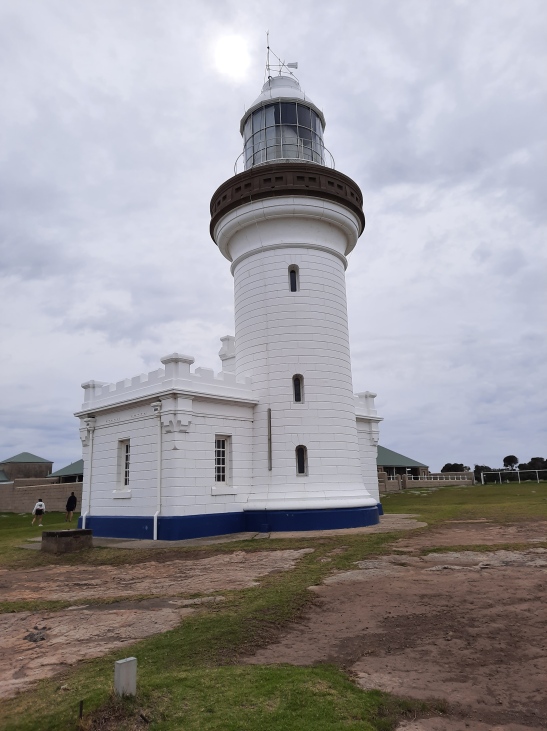 The lighthouse sits on top of the cliffs at the north end of the mouth of the bay. In this corner of Jervis Bay – known as Beecroft Peninsula – there is an army firing range. The beaches that surround the peninsula have signs warning boats not to land if the army is doing firing practice. On normal (non firing) days it is possible to drive into that area as long as you keep to the marked paths.

When we visited the lighthouse it was a grey and overcast day but during our stay in the area we had enough sunny days to capture the lighthouse from other angles. Directly opposite the mouth of the bay at one of the lovely beaches, the lighthouse can be seen with the naked eye. With a little bit of zoom you can clearly make out the detail of the structure. 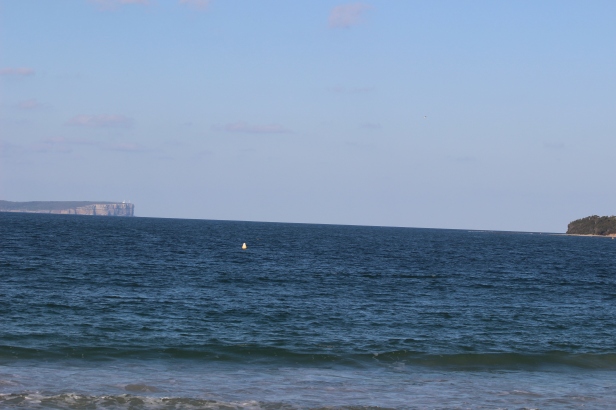 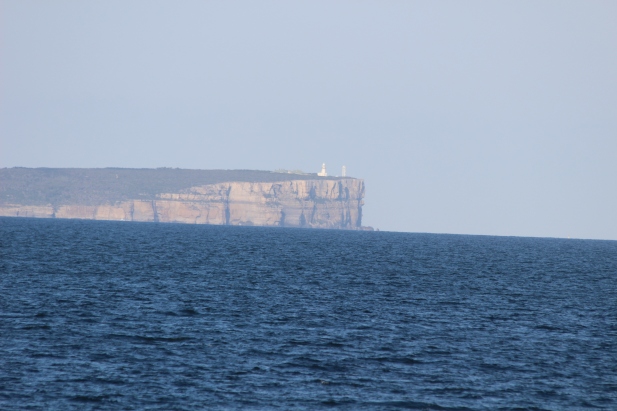 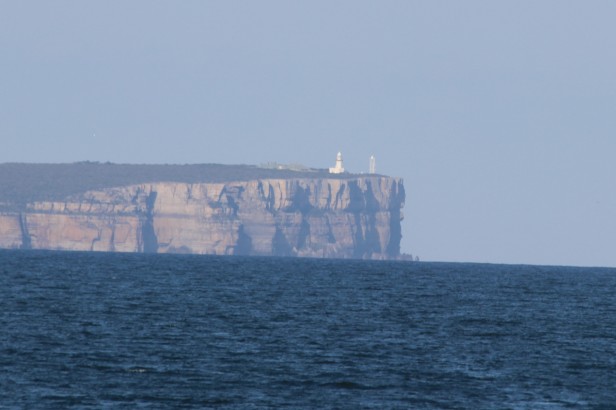 In 1993 the Australian Maritime Safety Authority built a steel framed tower with an automatic, unmanned, solar powered light to replace the old lighthouse. You can see that alongside the old building above.

Another angle… From the Bay

On another day we took a boat trip around the bay passing several beaches. It’s a great little trip around a fantastic part of the world with some of the best beaches you will ever see. I have said it before in this blog, and will say it again. Jervis Bay is definitely one of my favourite places.

This was all during the Easter school holidays. More to come on that area soon…